Surtie-Richards funeral was held at the Durbanville memorial park and people such as her brother, Lionel and minister Nathi Mthethwa spoke. 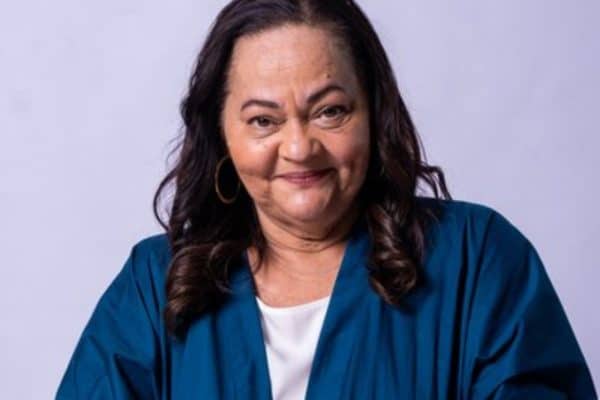 Surtie-Richards funeral was held at the Durbanville memorial park and people such as her brother, Lionel and minister Nathi Mthethwa spoke | Picture: Twitter

Shaleen Surtie-Richards funeral took place on Sunday in Cape Town where the veteran actress of screen and stage was laid to rest a week after her passing.

A limited number of people came together for a special provincial funeral which was granted by President Cyril Ramaphosa during the week.

Surtie-Richards, 66, was found dead in her guesthouse in Cape Town where she was staying while filming the TV series Arendsvlei.

Where to watch the Shaleen Surtie-Richards doccie

Surtie-Richards funeral was held at the Durbanville memorial park and people such as her brother, Lionel, MEC Andrew Maree, Sports, Arts and Culture Minister Nathi Mthethwa and one of her close friends, Rif’at Browers.

Browers, who gave the vote of thanks at the funeral, shared a video to Facebook during the week showing Surtie-Richards’ body being removed from the guest house where her brother found her.

Lionel found Surtie-Richards when he had gone to pick her up to get her Covid-19 vaccine.

In addition to the special provincial status granted to Shaleen Surtie-Richards’ funeral, it was declared that national flags will be flown at half-mast in honour of her legacy.

Speaking to EWN, Family spokesperson Alistair Izobell said: “it’s a very moving moment just to understand that she is being embraced and celebrated for her contribution to the incredible body of work that we have as brown people in this country, to the arts industry.”

Shaleen Surtie-Richards’ funeral was lived stream and the video can be accessed below.

READ NEXT: ‘She was a tour de force’: De Vries opens up about Surtie-Richards