Miss Universe Demi-Leigh Tebow’s husband, Tim Tebow turned 34 over the weekend and she shared a sweet Instagram post to wish him happy birthday. 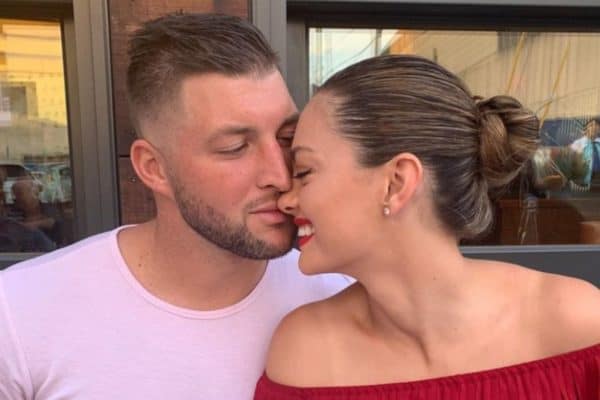 Miss Universe 2017, Demi-Leigh Tebow, 26, still looks smitten after getting married to American footballer, Tim Tebow, in January 2020. She took to Instagram with a series of images of her and her husband as they celebrated his 34th birthday over the weekend.

In the post, the beauty queen thanked Tim for being the best husband. She joked about him always refusing coffee just to drink half of hers and giving their Insta-famous dogs extra treats when she is not looking.

Demi-Leigh also said: “Thank you for being my best friend in the whole wide world and for never giving me any reason to doubt or question your words because your actions prove them day after day. Thank you for having perspective when I don’t and for not just seeing and loving the best of me but seeing all of me and loving me in spite of it.”

She closed off the post saying that she loves him and that he is her “one and only forever and always” and wished him a happy birthday.

Fun facts about the Tebow couple:

For Tim’s 34th birthday fundraiser, Darkness to Light, four different projects fight for the trafficked, abandoned, disabled and forgotten. One of the projects rescues South African babies who have been abandoned. Donations can be made until Sunday, 22 August.