Fans are in love with how DJ Zinhle decorated Asante's nursery with luxury baby furniture, wall art and gold accents. 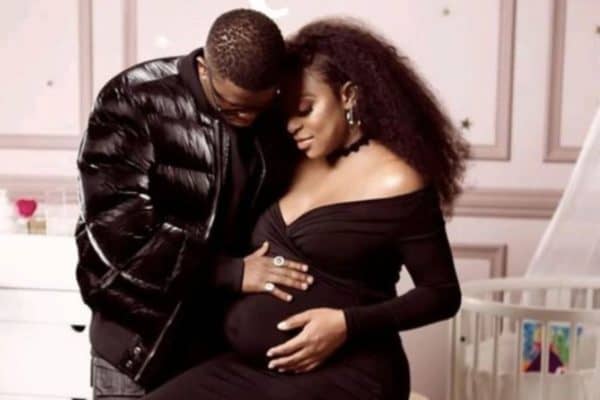 Bongani 'Bongz' Mohosana poses next to DJ Zinhle and cradles her belly while in their daughter, Asante's nursery. Picture: Instagram (by Sam Phiri)

All of the properties that South African DJ and businesswoman DJ Zinhle (Ntombezinhle Jiyane) has lived in over the years have been impeccably decorated so it comes as no surprise to fans that her second daughter Asante’s nursery is to die for. She has always had quite an eye for decor.

The usually private DJ recently confirmed that she was expecting another baby ahead of the premiere of her new BET Africa reality show, Unexpected.

Since then, she and her daughter’s father Murdah Bongz (Bongani Mohosana) have been giving fans a glimpse into sections of Asante’s nursery.

Asante was born some time last week and ZAlebs reports that Zinhle marked her birth with an intimate pink-themed dinner at her home.

On Monday morning, she shared some videos on Instagram of certain sections of her home and her baby’s nursery.

Her cute little outfits are all organised and hanging in a closet in her light pink room.

The nursery has been accessorised with gold accents, as well as wall features and name plaques from a brand called Kikki and Franki.

The crib in the nursery looks similar to The Oliver Oval Crib listed on Olwethu Leshabane’s Art of Superwoman website, priced at an eye-watering R26,300.

Baby furniture brand, Stokke, has a crib in a similar design priced at R17,750 and considering the fact that they are tagged in some of her posts, the crib is likely from that brand.

She also has a compactum in the room, along with some adorable plush toys. Another shot posted by Bongz shows a large chesterfield ottoman on the side of the room opposite to the crib.

The carpet in the room is a muted tone with cream Aztec-inspired shapes, similar to the more muted tones throughout her home.

Back in 2015, Asante’s older sister Kairo got the same luxury treatment from her mom who gave fans a glimpse into Kairo’s crib via her blog, Moments by DJ Zinhle. The blog has since been taken down.