After being ranked among the least-popular royal family members, Meghan and Harry made it onto 'Time's 100 Most influential People list. 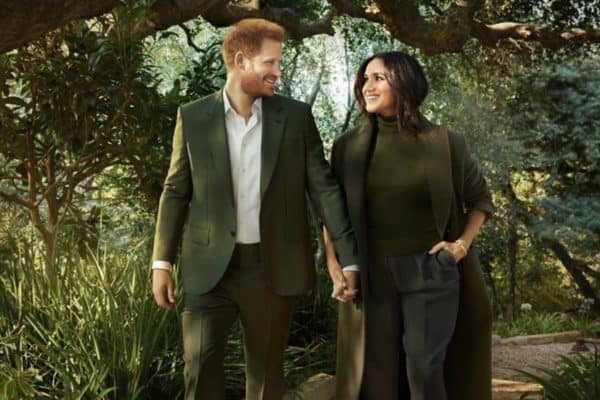 The Duke and Duchess of Sussex, Prince Harry and Meghan Markle. Picture: Twitter

It has been well over a year since the Duke and Duchess of Sussex bid their royal duties farewell and moved to the United States to build their own lives and identities outside of their royal titles.

The couple have been working on a number of productions after bagging a huge Netflix deal in September 2020, which has enabled them to create and produce their own original content.

The content they will be working on includes movies, TV series, documentaries and animated children’s shows which they will produce under their co-founded production company, Archewell Productions.

Although the parents of two have ranked among the least popular members of the royal family, according to a recent poll ran by yougov.co.uk, Meghan and Harry were recently named two of Time magazine’s 100 Most Influential People.

The official Time magazine Twitter account posted the magazine cover of the prince and the former Suits actress.

On the cover, Meghan is standing in front of Harry, while Harry is sitting on a short wall, making it seem as though they are the same height.

ALSO READ: Princess Charlene tells Prince Albert to bond with his other kids

Twitter was divided by the magazine cover and the fact that the couple made it on to the list, as many felt that the Duke and Duchess are not influential at all, and have not made a difference in the world or in people’s lives.

The explosive, tell-all interview that the couple had in May with talk-show host Oprah Winfrey caused some tension between them and royal family members after they revealed that Meghan had experienced some racial discrimination from family members inside the royal palace.

Shortly after the interview, a statement was released from the palace which said the issues raised by the Sussex’s were concerning, and they would be addressed by the family privately.

““The whole family is saddened to learn the full extent of how challenging the last few years have been for Harry and Meghan.‌

“The issues raised, particularly that of race, are concerning. While some recollections may vary, they are taken very seriously and will be addressed by the family privately,” said the statement.