Khanyi Mbau and Kudzai’s drama to be recognised at the Feather Awards?

This year’s Feather Awards will take place on 11 November 2021 at The Market Theatre in Johannesburg under the theme 'Queer Lives Matter'. 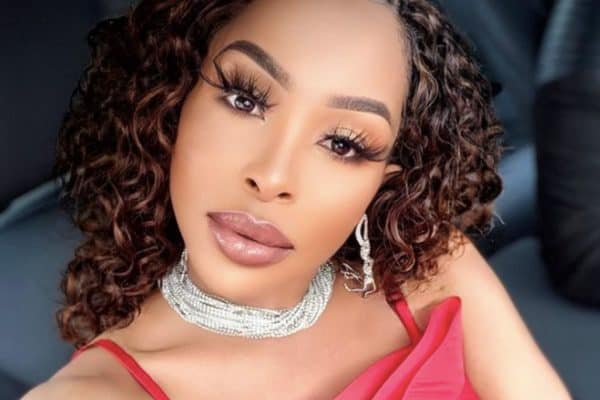 Khanyi Mbau is among the nominees of the 2021 Feather Awards set to take place in November. | Picture: Instagram

Has anyone had a more dramatic year than Khanyi Mbau and her new man, Terrence Kudzai Mushonga? Well, the judging panel of this year’s upcoming Feather Awards don’t think so.

They nominated Khanyi Mbau alongside Real Housewives of Durban star Nonku Williams and her mom as well as Black Motion’s Thabo Smalls for his ‘Ke jele, ke Jele’ moment ahead of this year’s awards ceremony set to take place on 11 November 2021 at The Market Theatre in Johannesburg.

The nominees for the 2021 Feather Awards were revealed on Tuesday during an intimate, Covid-compliant event that saw the new generation of queer icons dominate the nominee list. This year’s hosts were also introduced and they are: Ditshego Ditshego, Penny Lebyane, Lumko Johnson and Zizo Beda.

Now in its 13th year, the annual Feather Awards will set out to once again honour and recognise personalities and individuals from various industry sectors including entertainment, politics, lifestyle, sport and business for their contribution to the lives of queer people around Southern Africa and their advancement of the rights of people in the community.

“Each nominated individual or organisation, in one way or the other, has either represented, inspired, or celebrated the LGBTIQ community with excellence and distinction over the past twelve months,” explain organisers in a statement.

Organisers further explained that category finalists and winners are selected and adjudicated by a knowledgeable panel consisting of members of the media and entertainment industry, who are firmly in touch with what’s hot and not on the South African social circuit.

The Feather Awards also feature an annual them and this year, the focus will be; Queer Lives Matter, in line with the global conversation that seeks to address the array of issues plaguing the LGBTI community.

ALSO READ: Three words for Khanyi Mbau: get a life

It is not all fabulosity and feathers.

The awards show’s organisers also do a lot of social work in the lead-up to the awards show. This includes LGBTIQ advocacy activations taking place throughout the year in partnership with the Thami Dish Foundation.

These programmes include LGBTIQ+ Dialogues, workshops and training sessions in rural and far-flung communities across South Africa.

“It’s been an interesting 13 years building these awards as a community. From starting out as a small celebration at a nightclub in Rosebank, the Feathers is now a whole teenager, a fully operational powerhouse of programmes,” commented Thami Kotlolo (Thami Dish) co-founder of the Feather Awards.

“Through the awards we have showcased, celebrated and shared the South African LGBTIQ community with not only the African continent but also the world at large. They have also helped empower the country through dialogues and workshops, making their voice heard in communities in the public and private sector,” he added.

Hunk of the Year

Diva Extraordinaire of the Year

Sports Personality of the Year

WATCH: Ramaphosa and Thami’s hilarious interview on having gay friends

Role model of the Year

Hot Chick of the Year

Media Award of the Year

Fag hag of the Year

Musician of the Year

Socialite of the Year

Drama Queen of the Year

Social Media Personality of the Year