Another baby girl on the way for ‘Legacy’ actress Reandi Grey

Actress Reandi Grey has just announced that she is expecting her second child – another girl. 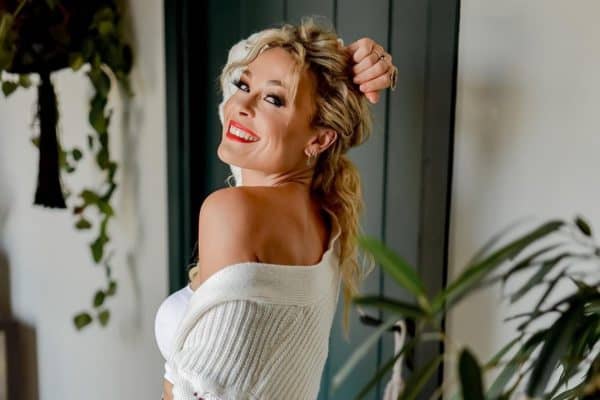 7de Laan’s Esti, or rather the more recent Elizabeth Price on M-Net’s telenovela, Legacy, is certainly not one for sitting on her laurels.

While juggling two roles, family life and a business, Reandi Grey has just announced that she is also pregnant with her second child.

Grey, who is mom to the two-and-a-half-year-old Heidi, took to social media on Monday morning, announcing her pregnancy with a boho-inspired photo of her and her daughter on Huisgenoot’s cover.

The actress has been pregnant for more than 22 weeks already.

While Reandi’s 7de Laan character, Esti, has had to endure a lot of ordeals and her Legacy character, Elizabeth, also comes with her own challenges, the actress’ real life seems to be filled with love and laughter. She is happily married to the love of her life, Dewald Grey and their firstborn, Heidi, is clearly a bundle of joy.

In June, Reandi shared a post on Instagram of her and Heidi celebrating her first birthday, saying “God made every girl with special care”. Now they excitedly await the birth of a second little girl into their little family.

While fans are probably wondering how Reandi’s Legacy role’s storyline will evolve following the news of her pregnancy, many are also wondering if her 7de Laan co-star, Quinne Brown, will be joining her and her husband on their second pregnancy journey as doula once again.

Quinne, who plays Connie in the SABC2 soapie, is also a qualified doula and she played a very important role in the couple’s first pregnancy journey.

“@quinnebrown has walked this path of expecting little Heidi and welcoming our little Heidi as not just a super special friend, but also my amazing doula. As doula she opened a whole new world of pregnancy to my husband and I.”

Apart from her very successful acting career, the creative Reandi is also the owner of the bohemian-inspired lifestyle brand, GreyC.