The royal family members apparently do not eat rice, pasta or potatoes when dining with the queen because she does not eat carbs. 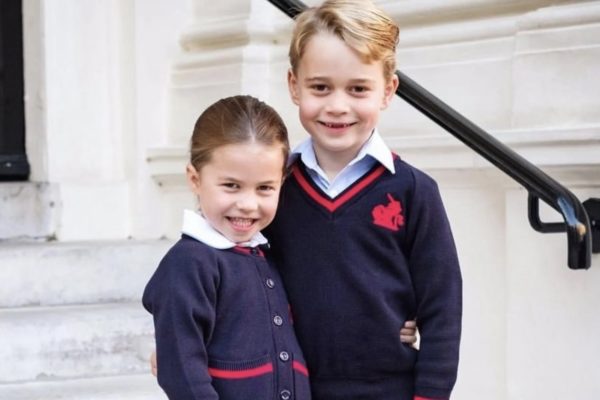 In this week’s royal update, research shows that the daughter of the Duke and Duchess of Cambridge could potentially be the wealthiest royal family member in the future, surpassing her siblings in riches and fortunes.

Prince Harry will not be present at the event hosted by Prince William in honour of their late mother, and the queen’s bizarre cutlery rule has been revealed by a royal author.

Princess Charlotte could become the richest member of the royal family

Known for her cheeky behaviour and adorable, mischievous smile, the six-year-old daughter of Prince William and Kate Middleton could become the richest member of the royal family when she grows up.

The Express recently reported that research from Electric Ride on Cars suggests that the Princess Charlotte will far exceed her two siblings when she gets older, potentially being worth as much as £3.6 billion (R61 billion).

The oldest son of the Duke and Duchess of Cambridge, Prince George, will potentially be worth just under £2.2billion (R37 billion), while the youngest, Prince Louis could be worth £721 million (R12 billion).

In the book What a Thing to Say to the Queen, written by Thomas Blaikie, he reveals that there are no dish knives in royal palaces, and there has not been any since Edward VII denounced them as “very common”.

Another royal palace revelation shared by former royal butler, Grant Harold, is that the royal family does not eat shellfish, simply because they want to avoid and prevent food poisoning.

“It is a very sensible move to abandon having seafood when out and about on public duties. We don’t want a member of the royal family having a serious reaction to food poisoning, especially if she is on an overseas tour,” said Harold speaking to Woman & Home.

Thomas Markle speaks more on legal action against his daughter

The estranged father of Meghan Markle, Thomas Markle, previously said in a Fox News interview that he intended on taking legal action against his daughter and son-in-law to gain access to his grandchildren, Archie and Lilibet, who he is still yet to meet.

The former lighting director, however, seems to have had a change of heart as he recently told Good Morning Britain that he would no longer be seeking legal action against the Duke and Duchess of Sussex to gain visitation access to his two grandchildren.

A memorial party for Princess Diana will be held later today by her son, the Duke of Cambridge, to honour and thank donors who helped fund the statue of the Princess of Wales, which was unveiled by both Harry and William in July, on what would have been their mother’s 60th birthday.

The commissioned statue situated at Kensington Gardens of the late princess, surrounded by three children, represents the universality and generational impact of her work.

The party will be attended by 100 guests, including Diana’s closest friends, former staff and relatives, but Harry will not be in attendance as he and his wife are reportedly not able to return to the UK for the event.

Tests and rest: Queen Elizabeth spends night in hospital
1 month ago
1 month ago

Royal news: Princess Beatrice names baby, Kate can be head of family
2 months ago
2 months ago

Tests and rest: Queen Elizabeth spends night in hospital
1 month ago
1 month ago

Royal news: Princess Beatrice names baby, Kate can be head of family
2 months ago
2 months ago