Kuli Roberts vs Mzwanele Manyi – who lied about her being part of ATM?

Kuli Roberts accused Mzwanele Manyi of costing her her job, by lying about her ATM councillor candidacy but he says she's the liar. 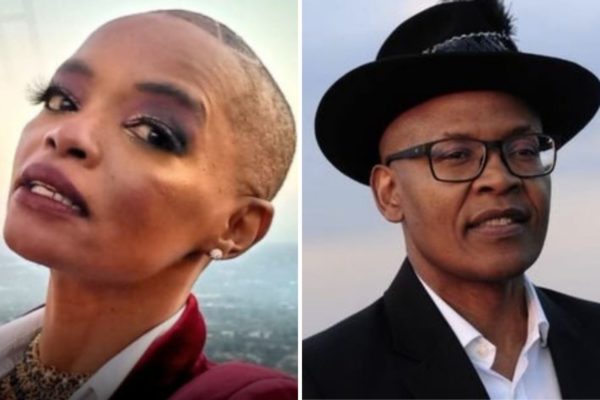 Over the past two days, Kuli Roberts and Mzwanele Manyi from the African Transformation Movement (ATM) have been engaged in a heated exchange on social media regarding Roberts’ political career (or lack thereof).

Prior to the local government elections, Manyi shocked Twitter users with the announcement that Roberts would be standing as a ward councillor on the party’s ticket.

Less than a week later, the party shared yet another announcement that she was stepping down and would no longer be contesting for the leadership role in her ward.

Speaking on 702 this past week, however, Roberts claims that the politician had lied about her being part of his party and that his alleged lie cost her her job as a lifestyle editor for Sunday World.

“He lied and that cost me my job. Now I am jobless. I am sitting without employment because of something I didn’t do,” said Kuli live on air.

WATCH: Kay Selisho and Sandi Mbele break down the twar between Kuli Roberts and Mzwanele Manyi

Kuli Roberts explained how the image used in the campaign poster came about, stating that she had engaged with representatives from her party in her area after a security issue. Thereafter, she attended one of their events and wore a t-shirt, in which she was photographed, and that image was used in Manyi’s announcement.

Manyathela tweeted Kuli’s claims, which seemed to annoy Manyi to no end. The politician accused the broadcaster of not doing his job, by failing to give him a right of reply regarding her claims against him, and promised to expose her as the real liar in the situation.

On Friday morning, he shared screenshots of an email from Roberts in which she “humbly” apologises for stepping down after making an error in judgement, as well as official communication from the party accepting her offer to step down.