Royal writer, Christopher Andersen says the Prince of Wales once raised the topic of the potential skin tone of Meghan and Harry's child, Archie. 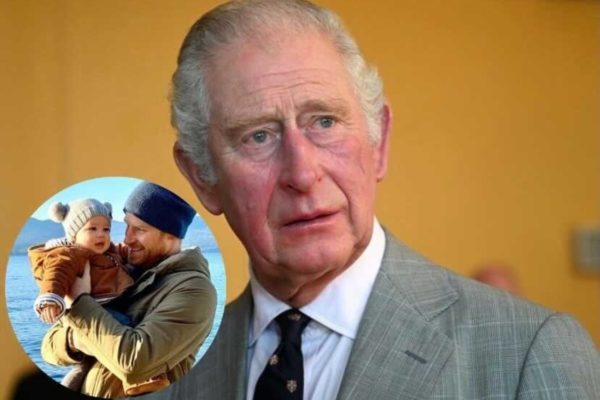 In this week’s royal update, Prince Charles travels to Barbados as the island plans to drop Queen Elizabeth II as its head of state.

The Prince of Wales’ spokesperson has rejected claims that he asked about the Duke and Duchess of Sussex’s son’s skin tone, and Meghan’s lawyer hits back at bullying allegations made in a new BBC Documentary.

Royal writer, Christopher Andersen, revealed in his book Brothers and Wives: Inside the Private Lives of William, Kate, Harry and Meghan that the Prince of Wales once raised the topic of the potential skin tone of Meghan and Harry’s child over breakfast with his wife, Camilla.

Making an appearance on NBC’s TODAY show, Andersen touched on the topic and said: “On the morning that the engagement of Harry and Meghan was announced, in a very kind of benign way, Prince Charles started to muse on what their future grandchildren might look like.”

Speaking to reporters in Barbados, Charles’ spokesperson made it clear that the claim were false, and that the issue did not need further comment from him or Charles himself.

“The claim is fiction and not worth further comment,” said the spokesperson.

The Prince of Wales jetted off to Barbados to attend a ceremony marking the country’s change from a Commonwealth sovereign state, with Queen Elizabeth II as the head of state, to a republic with its own president.

Charles is the first senior member of the royal family to attend such a ceremony, and he was invited by the prime minister of Barbados as a gust of honour at the republic celebration events happening this week.

Dame Sandra Mason, who will be the nation’s first president, was elected when she won a two-thirds vote during a joint session of the island nation’s House of Assembly and Senate some time in October.

Mason is set to be sworn in on 30 November 2021 marks the the 55th anniversary of Barbados’ independence from Britain. Mason will replace Queen Elizabeth II as the head of state.

Speaking to Express, a source revealed that the Queen of England did not understand why Kate Middleton and Prince William, as well as their three children, spent a lot of time in the kitchen together in their home at Anmer Hall.

“When the queen visited the Duke and Duchess of Cambridge at Anmer Hall for the first time, she couldn’t get her head around the fact that the kitchen is the main base for them. For the Queen, she can’t stand that, because she is used to having a set room for that sort of thing,” said the source.

The source explained that the queen’s mindset is that she or anyone else should not be spending too much time in the kitchen, because that is where the staff work and spend most of their time.

“The kitchen she never goes down to when she’s at Balmoral, for instance. In her mind, that is where all the kitchen staff work,” revealed the source.

The second part of BBC’s The Princes documentary aired on Monday night, and the bullying allegations and claims made on the documentary have been slammed by Meghan’s lawyer, Jenny Afia, who says there were “massive inaccuracies” in the story that the Duchess had allegedly bullied some of her staff back at the palace.

Speaking to the programme, she said: “The overall allegation was that the Duchess of Sussex is guilty of bullying. Absolutely not.

“The first thing is to be really clear about what bullying is. What bullying actually means is improperly using power deliberately and repeatedly to hurt someone physically or emotionally.

“The Duchess of Sussex has absolutely denied ever doing that. That said, she wouldn’t want to negate anyone’s personal experience.”

When she was asked if Meghan had provided any evidence against the bullying claims, Jenny said: “It is really hard to prove a negative. So if you haven’t bullied someone how do you prove you haven’t.