Will and Jada both felt that the incident with Chris Rock was unnecessary. 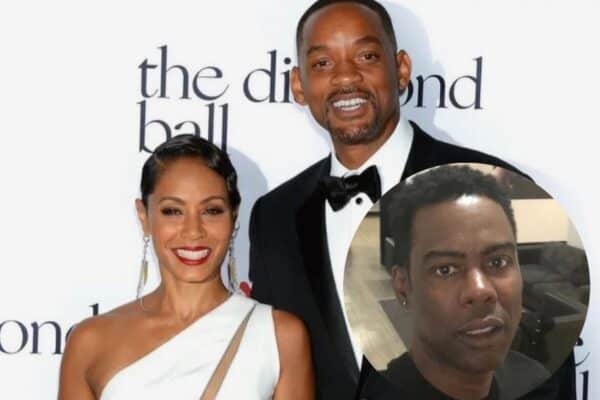 The awkward and embarrassing Oscar Awards moment that took place between actor Will Smith and comedian Chris Rock was the leading topic on radio and television shows, podcasts and social media pages all over the world.

Will Smith, who actually bagged an Oscar award on that night took to social media days later to issue a public statement on his social media pages where he apologised to Chris Rock for slapping him in front of the Oscars crowd over a bad joke.

Speaking to US Weekly, a source revealed that the couple had a in-depth conversation about the incident, and that they both agree that Smith should not have gotten physical with the comedian, especially on a public platform such as the Oscar Awards.

“It was in the heat of the moment and it was him overreacting. He knows that, she knows that. They’re in agreement that he overreacted,” said the source.

The source also expressed to the publication that Jada is not the kind of woman who needs protecting, because she is a strong woman who knows how to defend and protect herself in any situation.

ALSO READ: Was Will Smith trying to impress Jada or driven by Tupac jealousy?

“She’s a strong woman, an opinionated woman and she can fight her own battles. But she will stand by him,” said the source.

Earlier this year the actress revealed on her Instagram page that she was battling alopecia, which was the reason why she decided to go bald.

She jokingly made it clear that she would not be able to hide her bald spots and streaks anymore, which is why she thought she should let her fans and followers know so that they do not ask any questions about it.

“Now at this point, I can only laugh. Y’all know I’ve been struggling with alopecia and just all of a sudden one day, look at this line right here.

“Now this is going to be a little bit more difficult for me to hide, so I thought I’d just share it so y’all not asking any questions — but you know, mama’s going to put some rhinestones in there, and I’m going to make me a little crown,” said Pinkett-Smith via an Instagram video.