Senyaka was a laughing man

Friends and family of Thula Senyaka Kekana gathered as he was laid to rest Thursday. 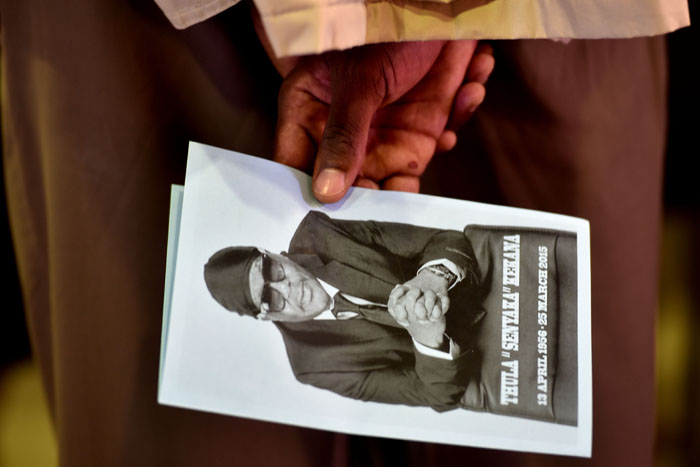 Described as “jolly, crazy and generous” by those who knew him well, speaker by speaker shared the joyous moments they got to share with him.

Bathini Ngubane, described as the bubblegum musician’s caregiver, said he had spent a lot of time  with Senyaka even at the point of his death. “I took him as my brother. We shared a lot.” Ngubane said he had never met someone as open as his friend was.

Family from Lesotho, related to King Moshoeshoe, also attended the service and spoke of Senyaka’s love for family. “Senyaka would crack us from morning to evening,” recalled his cousin, Leboniswa Moshoeshoe.

Senyaka’s daughter,  Hanna 22, and son, Junior 12, remembered the laughter they shared with their father. “I just wanted to say my dad was a laughing person,” said Junior. “Honestly he was a silly man,” said Hanna.

Senyaka was laid to rest at the Westpark cemetery.