Racing fans are back on course

Turffontein, the Vaal, Fairview, Durbanville and Kenilworth have all laid out their plans for new, enhanced racing experiences. 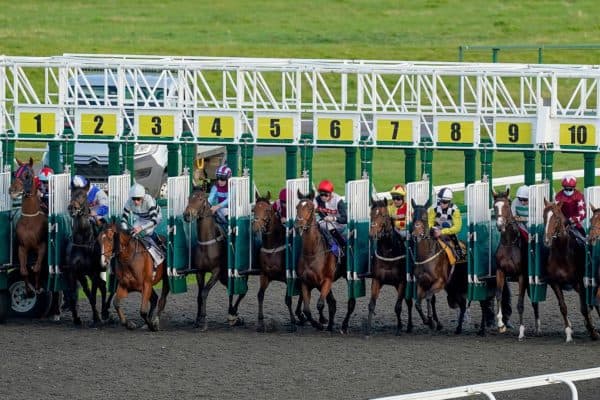 Horse racing spectators will now be allowed back on the racecourses across South Africa. Picture: Getty Images

Spectators are being allowed back onto racecourses in South Africa for the first time in more than 18 months – since the first coronavirus lockdown in March 2020.

Punters started trickling into Greyville on Wednesday for the midweek Polytrack meeting after operator Gold Circle announced that 2,000 would be allowed to use outdoor grandstand facilities at the Durban racecourse and at Scottsville in Pietermaritzburg. This followed following the unheralded appearance of a Government Gazette notice that said limited numbers of spectators would be permitted at sporting events.

Turffontein, the Vaal, Fairview, Durbanville and Kenilworth quickly followed up with “welcome back” announcements – without imposing number limits or restricting access to outdoors.

Turffontein’s Elevation Room is open to Racing Association members who book in advance. Decks 1 and 2, with catering, are open to the public.

At Kenilworth, the owners’ area in the Pavilion is being opened up, while the general public has food, drink, tote facilities and seating areas available on the ground floor.

The low-key dropping of the attendance ban – outside “essential” workers like grooms, trainers, jockeys and vets – caught racing fans by surprise, but was universally welcomed by an industry hard-hit by lockdowns, the financial collapse of leading operator Phumelela and various important players quitting the game or emigrating.

The easing of attendance bans comes hard on the heels of the UK dropping South Africa from its “red list” restrictions for travel, which means British racehorse owners – a particularly strong coterie in Western Cape racing – can fly in to engage with the local game.

Earlier good news for racing was that the Gauteng Gambling Board’s 3% levy would be returned to racing’s coffers as a result of a court judgment reversing a Public Protector order that the levy be stopped.

That ruling is estimated to have cost Phumelela about R75 million a year. Industry commentator John Freeman has said “…there is every reason to believe that the R150 million that was illegally retained by the Gambling Board will come back to racing”.