Among the entries are several candidates for the Summer Cup in late November. 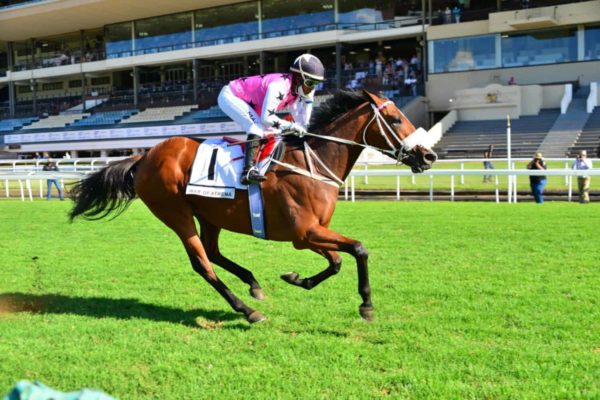 War Of Athena will be amongst the fan favourites at the Gauteng Summer Cup at Turffontein on Saturday. Picture: JC Photographics

Reigning Triple Crown and Tiara champions Malmoos and War Of Athena could meet for the first time if they stand their ground for the Grade 2 Steelrode – OnamissionMile to be run at Turffontein on Saturday 30 October.

However, they may not be each other’s biggest concern on the day as a cluster of other stellar names are among the 27 entries received at the first entry stage of the renamed event.

The popular and storied race used to be known as the Charity Mile (and before that the November Handicap) and has been operator Phumelela’s social investment showpiece in recent years.

A new sponsor for the event has appeared in shining armour, just as racing emerges from its darkest hours of coronavirus and financial collapse, and doubled the prize money to R800,000.

Among the entries are several candidates for the Summer Cup in late November and, as always, the race will be used as a high-quality preparation for the Highveld’s premier race – and a key Cup pointer for punters.

The likes of multiple Grade 1 winner Got The Greenlight, recent Joburg Spring Challenge victor MK’s Pride and up-and-coming Al Muthana are among the nominees that stand out.

De Kock will be happy with the draws of Al Muthana and Malmoos, who are at No 2 and No 8 respectively.

War Of Athena landed the No 16 draw while Got The Greenlight drew very wide at No 23.

Five other feature races are scheduled for the 10-race Charity Mile meeting, which will the first on the Standside track since its spring treatment.