Form results have mostly been the order of the day since Friday Night racing on the Polytrack at Greyville began so the Pick 6 has proven to be catchable. 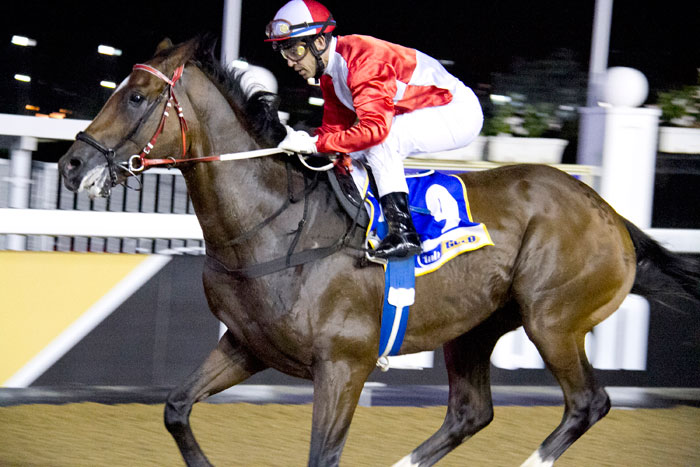 Crevasse, who runs in Race 5 at Greyville tonight, stands out as a possible Pick 6 banker.

Bankers are important or the permutations get expensive so with that in mind let us look at Goodnight Seattle as the key selection and possible banker for tonight’s meeting.

The Sail From Seattle filly did not show much in her first two sprints at this track when well beaten by Hunter’s Stride and Genial but made vast improvement in her third start when stepped up in trip.

Goodnight Seattle, despite being drawn badly finished strongly to run third to Pride And Joy on the turf at Scottsville.

She was a full 10 lengths ahead of Rebel Rain (who contests this) so it will be hard to see Rebel Rain overturning that deficit. It should however be a lot closer this time as Rebel Rain has shown a liking for this surface.

Some lightly raced and promising sorts contest the opening leg of the exotic in which these four runners: Sea Fever, Way Of Light, Captain’s Cup and Royal Lance should see you through this leg.

The Mike de Kock-trained Crevasse showed is on the improving list when beating subsequent winner Hassen’s Bid last time so smaller exotic players might consider him a banker.

If not then include Thirty Two Squadron (loves this track) Supreme Power and Hold The Line.

Low-grade fillies and mares handicaps often come up with shock results but it may pay to go short in Race 6.

Race 7 is an even weaker contest so just the three runners will be relied on. Soaring Jet won easily last time and her only threats look to be Patricia and Popular Blues.

In the last leg of the Pick 6 some real battlers are on show so perhaps this is the leg to put in the field. If not then Lite And Brite, Mogokity, Netsuke, Invecta, Throne and Finding Neverland must be included.