Time to cash in on the money

The seven-year-old Money Grubber has been an underachiever with only four wins to his name but he is still relatively unexposed on the Polytrack and could have more wins in him on this surface. 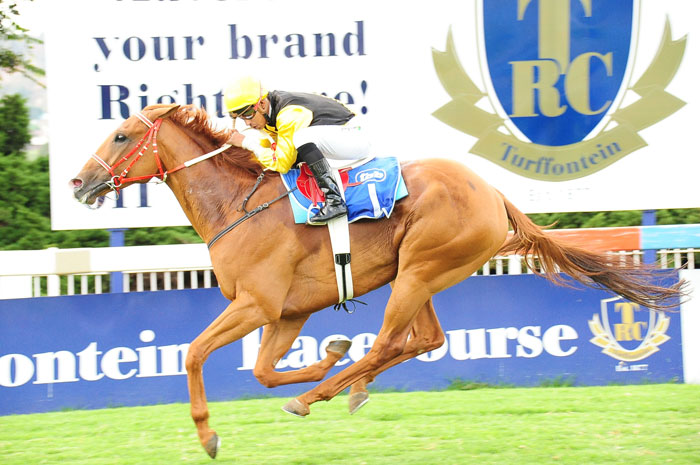 Money Grubber has done well since he was moved to Port Elizabeth and introduced to the Polytrack. He can pay another visit to the winner's enclosure when he runs in Race 6 today.

For this reason he is taken to give a good account of himself in Race 6, a MR 80 Handicap over 1800m at Fairview today. The Dorrie Sham yard was quick to put him on the Polytrack surface and he ran a promising third to Kono over an inadequate 1300m in December last year, despite being slow away and baulked in the running.

Trying him over 1600m proved successful for Money Grubber as he flew at the finish to beat subsequent winner Sir Duke by 0.50 lengths. Two disappointing runs on the turf followed so it is not surprising he was brought back to the Polytrack surface and stepped up in trip to 1800m.

Money Grubber can take a hard ride so it is pleasing to see Wayne Agrella has been given the task. The field may lack quantity in that there are only eight runners carded but there are some in-form runners who have to be considered. Lord Badger is 5.5kg better off with Money Grubber when they last met on the Polytrack for only a 2.35-length defeat so must be a lively danger.

Stable companions Naval Intelligence and Danilo Gallinari are not out of it. Naval Intelligence got a four-point penalty for his last win but may still be on the up.
Jockey Muzi Yeni aboard Danilo Gallinari has cracked pole-position and they are sure to improve on the last effort put in by the gelding over this course and distance.
King Of Indians has run up a sequence of losing runs but is holding form and the slight step up in trip could prove to his liking.