Injury just not going away

Next week is Classic Day which features three Grade 1 races and five Grade 3 events and I’m just hoping it all goes well. For those who don’t know, I hurt myself three weeks back and have been struggling to get it right ever since. 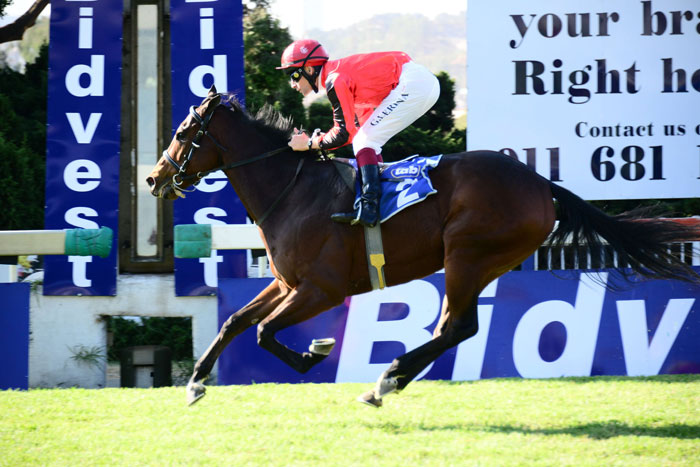 Newton Power ran second to The Hangman last time out and Piere Strydom believes the Johan Janse van Vuuren-trained runner should be good value to win Race 7 at Turffontein today.

The advice from the doctor is not to ride but the importance of these big races makes that very difficult. This is what we ride for – to get top horses in big races. The key is to win as many races as you can, especially feature races. Not only is it more prestigious and far more lucrative for the jockey, trainer and the owners but it also leads to competing in more feature races in time to come.

For that reason I have been pushing myself through the last couple of meetings and I just hope I’ll be fit and ready comes Classic Day next Saturday.

This season I’ve been lucky to get on some good horses and I’m on them again next week, namely Louis The King, Harry’s Son and Siren’s Call.

Things might not look that bright next week as Louis The King, who will be running in the HF Oppenheimer Horse Chestnut Stakes over 1600m, is being prepared for the President’s Champions Challenge next month.

But we will go into far more detail in next week’s column.

The jockeys’ championship is turning into a very interesting competition. Any of the top seven could theoretically still win as just 15 winners separate them and there is just over four months to go. I was leading but with the current setback it has not helped my chances.

The jockey we all have to beat is definitely incumbent S’manga Khumalo as he has a top stable behind him and he is able to get winning rides from smaller yards. He is travelling around the country and can ride off a light weight. The only setback he could have is that he still has his court case pending.

Racing is on the inside track at Turffontein today and Race 1 is for work riders. I make it a two-horse race between Silent Treatment, who has pole position which is vital over the course and distance, and Wandies.

Race 2 is very difficult and nothing gives you any confidence. Counterstroke ran in a work riders’ event last time so the form is often not strong, and Pataudi hasn’t run for a while. So I would probably look at King And Empire and Street Flyer.

I would think Respectable Ruler in Race 3 could be a Place Accumulator banker on form. Unfortunately it’s his second run after being gelded and he doesn’t have the best of draws. You could easily banker him but as there are some obstacles to overcome include one of Aza Arrow, Arabian World and Frikkie.

Race 4 is the first leg of the Pick 6 and once again you could consider Jamming as a banker in all bets. She placed in her only start, has a good draw and the Gavin van Zyl stable, as well as jockey Khumalo, are in hot form. There is not the strongest of form in the race. If you are not comfortable with Jamming as your banker you could consider Carina, who is lightly raced, and Fig Jam.

Race 5 is not a very strong field but quite competitive. Arkansas is my first choice but unfortunately he is a strong horse who likes to bolt with the jockeys. This time he has a good draw and he might be able to get away with a win.

Others to consider are Petrichor, who has just been gelded, De Kat, Legal Trip and Tuvano. For the PA consider four of those horses in a tricky race. For the Pick 6 you should consider the field.

I’m riding Eternity but he’s still not finishing close enough to be a contender and as he has no speed this track is unlikely to suit him. I would be pleased with a place.

Race 6 is over 2600m so you want a horse who is a proven a stayer. I haven’t been able to find one with any conviction in this field. The best form belongs to Eva Tibbs but I’m not sure she will stay. My next best is The Centenary but she’s had two shocking runs. It could also be wise to include Lady Of The Lords. Those could be good enough for the PA.

For the Pick 6 include Lucky Gambler, Avenue – who has won over 2450m – and my mount, Kissimee, but they are held on form. I have ridden Kissimee in the past and she pulls very hard. I recommended to trainer Mike Azzie they remove the blinkers so I’m hoping to be proven right.

I’ve found my value bet in Race 7 and that is Newton Power. He ran second to The Hangman, who went on to win the Kings Cup at Greyville last Sunday. Newton Power also has a good draw.

Others to consider are Exelero, Mr Mulliner and Platinum Jet, who could be anything. For the PA banker Newton Power and for the Pick 6 go with all four.

I’m riding Sun On Africa. This is a prep run for some races in the future. It is too short and he has a bad draw.

Race 8 has the best bet on the card in Arcetri Pink. This is a plate race which suits the best-rated runners and she is weighted to win this race with ease. I’m riding Negev who couldn’t keep up with Dashing Scarlet last time. The track doesn’t really suit her so I would be happy for any stake money we can get.

In Race 9 the form horses are Magic Trip and One Yesterday. They’re both drawn well, which is important over this track and distance. We are going with those two for the PA, and for the Pick 6 add in Don Vito and Stratgea. There are others with chances but on a track where the draw plays a big part, they have wide barrier positions with which to contend.