The stars can shine on the moon

The Justin Snaith yard has enjoyed considerable success in the Eastern Cape over the years and this looks the case again today at Fairview. 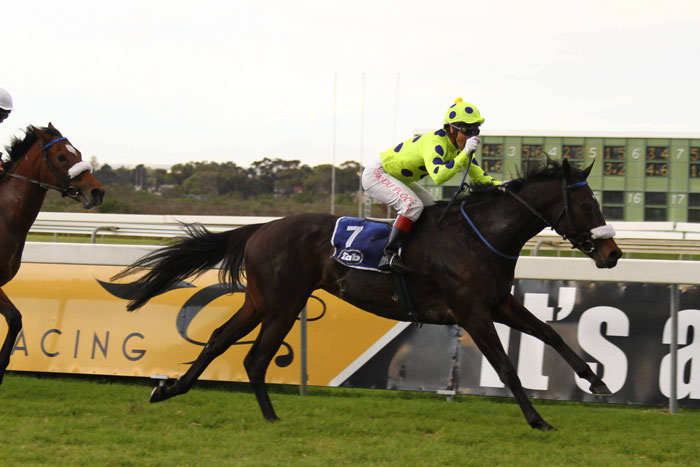 CONCERNS. Cat And The Moon looks a standout bet in the Listed Jockey Club Stakes at Fairview today but there is some concern as to whether she will handle the move to the Polytrack. Picture: Supplied

The yard could have a number of winning chances on the day and should be followed. Snaith seemed to have a stranglehold on Race 5, the Jockey Club Stakes (Listed) with Cat And The Moon and Gift Of Rain. However since the announcement of the decision to switch to the Polytrack surface Cat And The Moon does face some questions as she is exposed on the new surface.

Even so Cat And The Moon has been in good form this year and her last win was probably her best yet. The Black Minnaloushe four-year-old drew right way from stable companion Jet Supreme over 1800m in heavy going at Kenilworth last time out.

The 2000m of this race is not a problem as she has won over 2200m. The Irish bred Gift Of Rain has been a much improved mare recently and followed up on her maiden win in June by winning again this month.

More was expected last time out when runner-up to Harlem Shake but there was an excuse in that the slow pace suited the free striding front-runner winner. The switch of surfaces could improve Gift Of Rai’s chances. Another who could come into the reckoning because of her Polytrack experience is Bridal Dowry.

She is now to be ridden by MJ Byleveld, as original jockey Greg Cheyne is indisposed. The theme of outer space is continued on the day with Astro News (Snaith-trained) looking the one to be with in Race 4.

The now seven-year-old could benefit under a positive ride from jockey Bernard Fayd’Herbe. Villa Del Largo has been running some fair races recently in the Western Cape so could benefit from a trip to Fairview and is sure to run well in Race 6 but there are others such as Unannounced, Copper Parade and Al Don Cumarco who have to be respected.

Bobby James is not without a chance of upsetting the applecart either. Amarillo Starlight has been unreliable this year but deserves respect in Race 7 over the track and trip that saw her win at the beginning of the year.

She may however have to play second fiddle to the Tara Laing-trained House Of Lorraine. This Dynasty mare has yet to win in five attempts over this distance but her form and the way she runs suggests the trip will not be a problem.

Cape Flyaway in the last race could be the one to send Justin Snaith followers home happy by winning.