Designer Quiteria talks candidly about his battle with cancer

Quiteria talks cancer battle: 'I have gone for three chemotherapy sessions. I am hopeful, but my body is still weak and adjusting to chemo.' 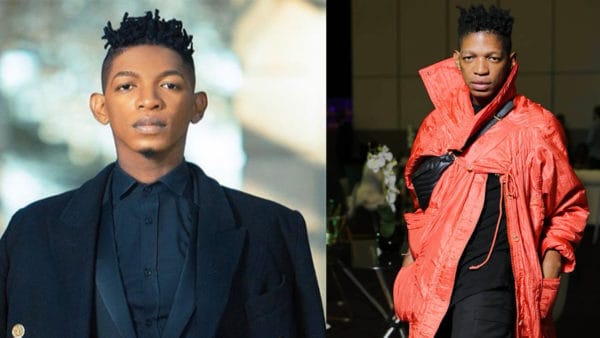 Fashion designer Quiteria and CEO of QUITERIA ATELIER, popular for designing singer Beyonce’s stage outfits for the Global Citizen concert in 2018, was diagnosed with cancer in April this year.

The designer’s team requested funds for his treatment via an impassioned plea on his Instagram page.

“We would like to take this opportunity to share Lord Quiteria’s story and to humbly request donations towards his fight against cancer, just to make his journey a tad bearable than what it is.”

The designer has seen many highs in his career, including showing at Paris Fashion Week with former business partner George in 2016.

And having actress Enhle Mbali trend in one of his show-stopping pieces designed for the 2020 South African Film and Television Awards (Saftas).

Part of his message is to not be despondent, even when dealing with a gruelling disease that can ravage your body.

He spoke candidly to The Citizen about his current condition

When were you diagnosed?

I had been feeling ill; inflammation. At first, I assumed it was exhaustion caused by the bad media coverage I had received after the whole “fat-shaming” allegations. But after a few tests, it turned out to be multiple myeloma.

Where are you currently with the chemotherapy process?

I have several tests conducted by my family doctor who I see often. I have also been advised to do my chemotherapy at Baragwanath Hospital in Soweto. I attend therapy sessions with a psychologist and still see my family doctor.

How are you coping health-wise?

I have gone for three chemotherapy sessions. I am hopeful, but my body is still weak and adjusting to chemo. It is not easy, but I am with people who love and care for me. I have also had to improve my diet and changed from drinking tap water to Kangen Water. I try to move often for blood circulation. But mostly, I am staying positive.

Has this impacted you business-wise?

My business has been affected immensely. I have had to sell some of my belongings and go back to live with my mother, to be well taken care of and to save the business.

I have retained the staff and had to keep the business going. Friends have come on board to assist. I have an amazing team of people who are working towards a bigger dream. But we are currently in the process of setting up a fund for my medical bills as it has been tough.

Acceptance first is important, surrounding yourself with people who love and care for you makes the daily fight easier. And reading up and learning about ways to make life easier helps.

What should people look out for before they go see a doctor?

Look out for symptoms. There are very different types of cancers, viruses and illnesses. But listen to the signs given to you by your body. Go for regular health checks. Take care of your mind, body and soul.

Quiteria has experienced the lows of being cyber bullied, in an incident with actress Lesego Tlhabi over what she alleged was fat shaming by him, which he vehemently denied.

Currently, his days are occupied with battling the disease and spreading the word in the hope that he can help other cancer sufferers cope.