What the glitterati wore at the July (gallery)

The Vodacom Duran July has always been the watering hole for gazelle like celebs in the month of July, and the 119th race was no different. 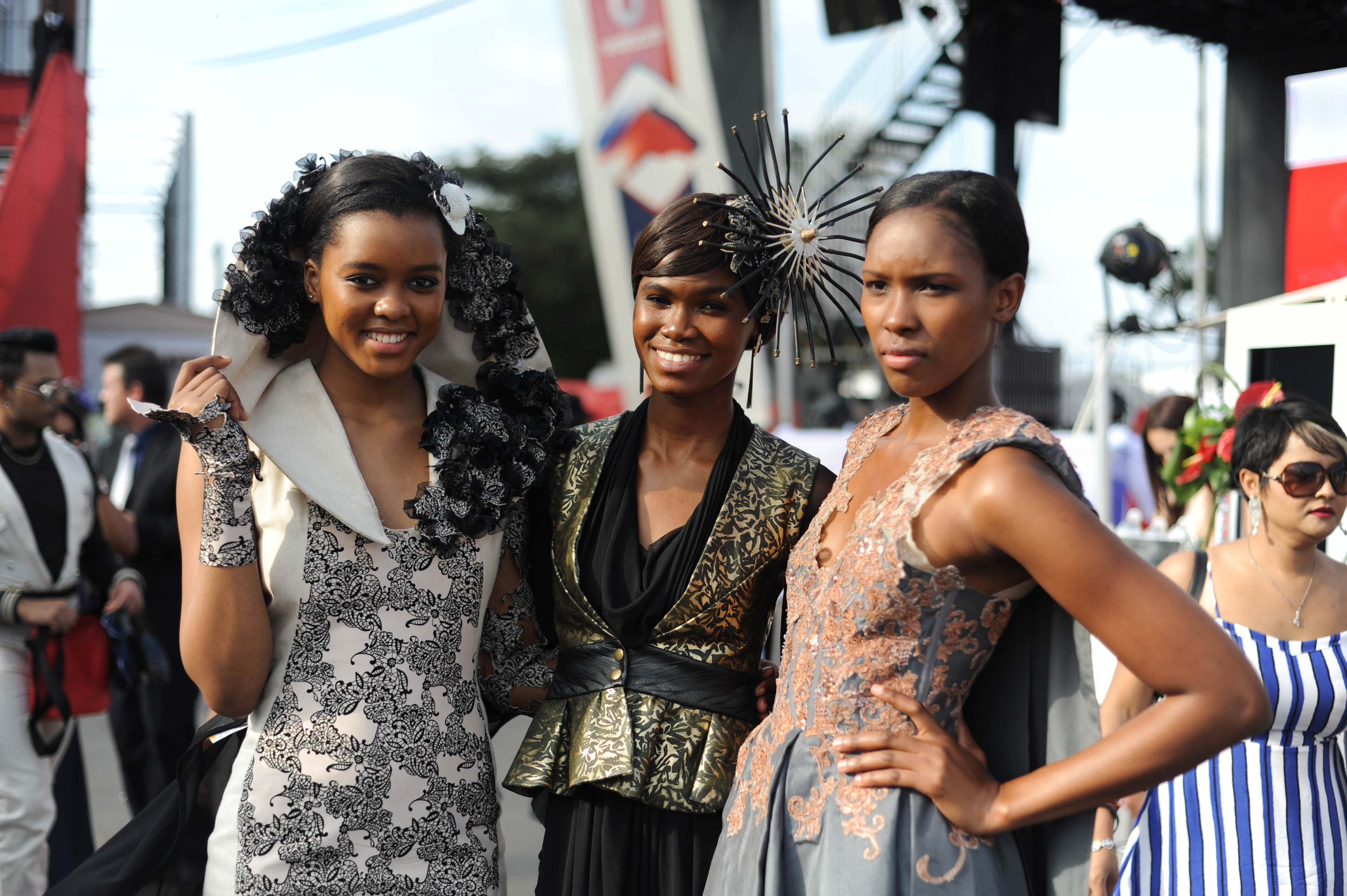 Princess Zulu, Nayizolo and Anele Simelane pose for a picture, 4 July 2015, at the Greyville Racecourse in Durban, for the Vodacom Durban July under the theme . The event has attracted thousands under the theme “The Captain’s Table”. Picture: Alaister Russell

Media mogul Basetsana Kumalo, the picture of grace, was spotted in the swanky Vodacom VIP Paddock in a lace-mint gown, with a black lattice covering her eyes. The stunning former Top Billing presenter says, “I did the lattice to have some pizazz.”

Tamara Dey, took the theme Captain’s Table to heart (one of the few celebs spotted who took the theme into consideration). She was inspired by the tragedy Pearl Harbor for her grey Asian-fusion – a bit odd, but as you do Tamara, as you do.

Nomzamo Mbatha killed it in a red cat suit with billowing sleeves. She happens to be punting her new film with Maps Maponyane Tell Me Sweet Something in Durban.

“We’re here promoting the film. I’m really excited about it; it was such a big experience.”

Film goddess Terry Pheto sported a Gert-Johan Coetzee original white gown, with Louboutin heels to match – and owned the VIP paddock before the main race where most of the celebs where hanging out before taking on Jack Daniels Boomtown later the afternoon.

Also wearing a gloriously loud Gert Johan-Coetzee design was Queen B Bonang Matheba. The yellow dress lit up the TV screen as she hosted the SABC 3 coverage of the red carpet leading up to the day’s main race.

Maps Maponyane classed it up with a navy blue suit, undercoat and tie – always the picture of sophistication. He also punted Tell Me Sweet Something. Maponyane’s July is shaping up to be a hell of a month. Not only is he hosting a new series on ANN7 – the film is gaurenteed to even further his credentials as SA’s hottest talent.