Other Side of the City: Parking off at Saartjie’s Garage

Saartjie's Garage is on one of Melville's leafy avenues, the one called second. It's named after a white cat and here's a white dog, Fritz, mounting a visitor dog. 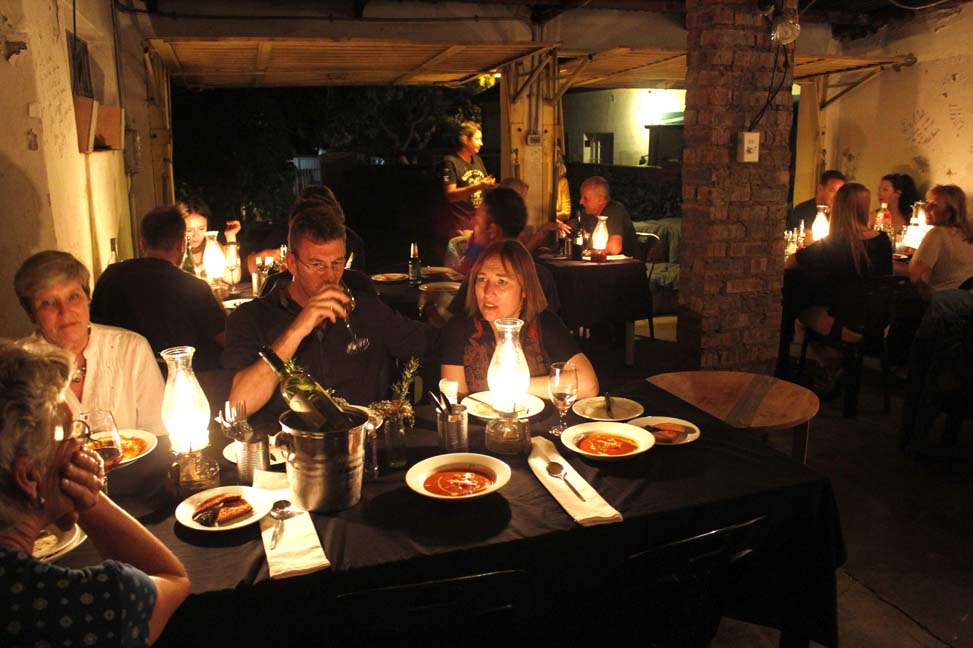 Diners enjoy a night out at Saartjie’s Garage in Melville. Picture: Pawel Kot.

From the stoep, behind an unmarked wall, De Waal Hattingh, barefoot host, proffers glasses of champagne to arrivals. Leaning against a garden wall is another wall, with a Jack Parow-shaped hole in it. Yes, the music video was shot here.

Behind this is a wide, kempt lawn. A white toilet bowl at the far end supports a white hand-basin that in turn supports vigorous basil plants. At the lawn edge, the garage is filling with diners around wooden tables and hay bales with blue cloths thoughtfully spread over them.

The garage is something of a mystery. When De Waal and Saartjie first explored, they found that behind her big garage was another, much older building – wood-panelled and judging by the shape of the roof and the boarded windows, it seemed like it could have been something official, like a post office or, more likely, a police station dating from the late 1800s. Then, in the late 1930s, people papered the walls with newspaper cuttings. 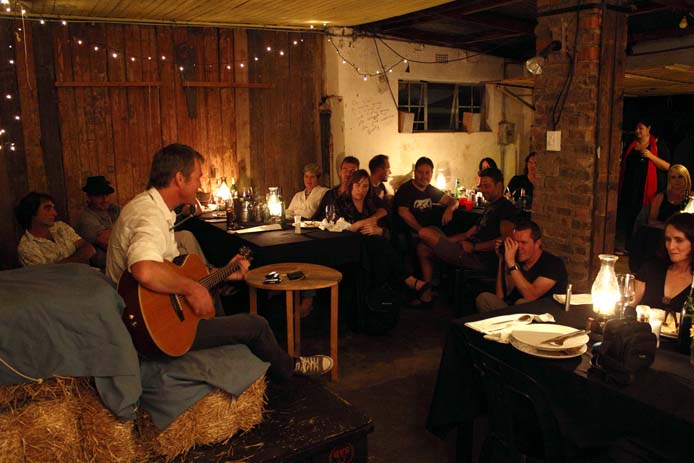 Photographer Pawel Kot aims his camera at the panels and we read, through dark varnish, a Craven A ad, a news piece about Nazis illustrated by a swastika, and a portrait of Franklin D Roosevelt. Consider that, a few years later, Melville was the suspected hideout of German spy Robey Leibbrandt.

At Saartjie’s Garage events, four courses of gourmet fare go down. You see De Waal padding out with trays of tomato soup, made from scratch, with his own melba toast and pesto – the basil presumably from that basin on the loo, out on the lawn. The soup is a taste marvel, with crunchy capsicum bits in the bowls. After a mushroom-y course, De Waal carries plates of tender mutton tagine with apricots, cinnamon fragrant.

Pawel nudges a man with the look of Prince Philip, showing how pretty his girlfriend is on the camera. The man blurts out, “She looks at me with, like … lust!”

Before date pudding, the act for the evening, Valiant Swart, takes a seat on his straw throne. Within a red nimbus of cellphone flashes, he strums, chatting exploratively before singing, and seeming generally surprised. There is no mic and the acoustics are wonderful.

“It’s a something else,” mentions Pawel.

I’m hoping, vainly, for a view of Saartjie’s white shape coming across the moonlit lawn.

When I turn around, Rian Malan is parked off next to me.

Each week Marie-Lais Emond scouts another urban reach, tasting and testing alternative aspects to pique our curiosity about places and people we might have had no idea about.

For a programme and details about Saartjie’s Garage shows with their four-course meals, call De Waal on 081-733-9268 or e-mail saartjiegarage@gmail.com 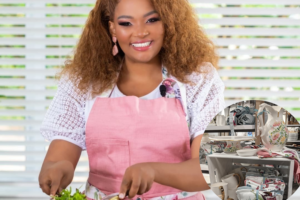