The Test Kitchen has won numerous award in the culinary world and in the past awarded Best Restaurant in Africa is closing after 11 years. 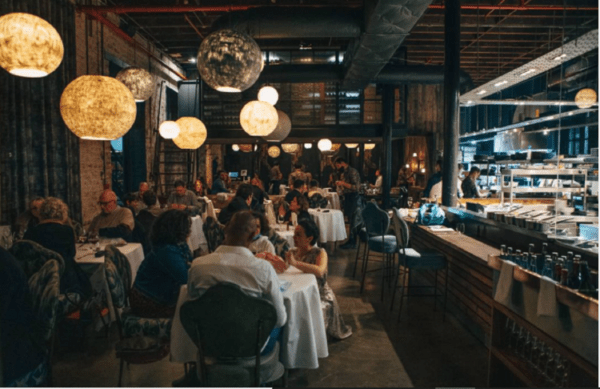 Acclaimed as South Africa’s top restaurant, The Test Kitchen made a shocking announcement on Thursday that it is closing its doors.

The announcement was publicised by several food publications. Cape Town Magazine confirmed that Test Kitchen’s final service will be on 30 September.

Food writer Steve Steinfield posted that it was “a terribly sad day for South Africa’s culinary scene.” Tasmin Snyman, cookbook publisher, said: “After 11 wonderful, celebrated, and award-winning years, Luke has decided that the time is right to close The Test Kitchen permanently and concentrate on other projects.

“The Test Kitchen leaves behind an industry moulded by its creativity and success, and myriad chefs plying their trade at fine institutions around Cape Town, South Africa.”

Roberts said: “I felt it was the right time. The food we are producing is some of the best since we opened, and I am immensely proud of that. I believe that creativity comes in cycles, and I feel like I have come to the end of this creative cycle. With the current global uncertainty around COVID, it has become very difficult to sustain a restaurant of this kind and maintain everything that I believe in.”

ALSO READ: Best restaurants in the world, according to reviewers

An establishment that has been recognised since 2011, The Test Kitchen has won best restaurant in SA several times from DStv Food Network Restaurant Awards and other local restaurant awards.

Placed at number 50 at The World’s 50 Best Restaurants Awards in 2018, it was also named the best restaurant in Africa the same year.

The highest position The Test Kitchen has ever been placed by World Best Restaurant Awards was number 22 in 2016.

In 2019, some of their accolades included being placed 45th in the Elite Traveler’s 100 Best Restaurants in the World, restaurant of the year award at the American Express Dining Awards 2020 and listed at number two at the 2019 Eat Out Mercedes-Benz Restaurant Awards.

Roberts will continue to devote himself to The Potluck Club, The Test Kitchen Fledgelings – the social upliftment dining venture he started with his wife Sandalene and looks forward to announcing his upcoming projects in the future.

No under-25s allowed: Zioux announces head chefs ahead of grand opening
4 hours ago
4 hours ago
PREMIUM!

Eateries must show vaxx status
2 days ago
2 days ago

No under-25s allowed: Zioux announces head chefs ahead of grand opening
4 hours ago
4 hours ago
PREMIUM!

Eateries must show vaxx status
2 days ago
2 days ago