Inside the appalling conditions at Limpopo’s Roossenekal Clinic

DA officials conducted an oversight visit to investigate conditions at the facility. 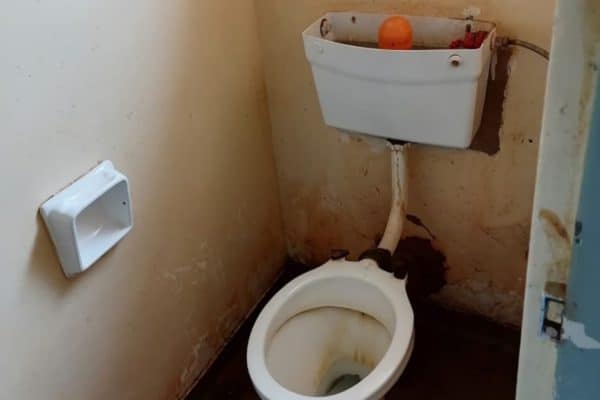 Roossenekal Clinic in Limpopo is operating under appalling conditions for a health facility.

As if to reflect the shameful conditions of patient care, staff at the clinic display a concerning – if not blatant -disregard for their own working conditions.

The Democratic Alliance (DA) said it received complaints from residents living at the frail-care home across the road from the clinic.

Party officials conducted an oversight visit to investigate conditions at the facility.

“The ghastly conditions of the Roossenekal Clinic and in particular the attitude of the staff at this facility left me gobsmacked,” said DA political head for Elias Motsoaledi Local Municipality, Lindy Wilson.

In her report, Wilson detailed her findings as follows:

When the head nurse was confronted about their working conditions, the nurse was less than forthcoming, said Wilson.

“I was met by complete silence. When I tried to enquire whether there was a generator on the premises and how medicines were being kept cold – the answer was a curt ‘no’ before the sister turned her back on me and walked back into the clinic,” said Wilson.

Wilson said staff at the clinic had displayed “very little care for their jobs, workplace and the patients they were treating”.

“Minister of Health Joe Phaahla, and the chairperson of the [parliamentary] portfolio of health, Kenneth Jacobs, must go see for themselves, then they will know what the state of health in Limpopo has been reduced to,” said Wilson.

Pensioners living at the old-age home across the road have no choice but to visit the Roossenekal Clinic when they need medical care.

But they are often made to wait for hours before being attended to, while other patients who arrive much later are pushed to the front of the queue, Wilson said.