Toyota C-HR mildly updated as hybrid takes over in Europe

In Europe, the C-HR still comes with a choice of two engines, albeit both hybrids. Just a month of shy of its third year in production, Toyota has given its funky C-HR a mid-life facelift in Europe and North America ahead of its market debut later this year.

Bar the orange indicators found on the latter derivative, the updates to the C-HR consists of new headlights now with LEDs, a redesigned front bumper and restyled grille, fog lights merged with the daytime running LEDs, new LED taillights connected by a centre black strip and a selection of new alloy wheel designs with sizes ranging from 17 to 18-inches. 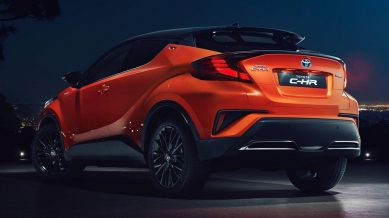 The US model’s aesthetic tweaks continue with a grey headliner reserved for the entry-level LE and the Limited, a black/brown interior for the latter and deletion of the contrasting white roof option, now replaced with a silver hue.

Underneath its exterior, the C-HR benefits from a retuned electric power steering system and revised suspension that is claimed to not only improve ride quality, but also to reduce noise, vibration and harshness (NVH) levels. 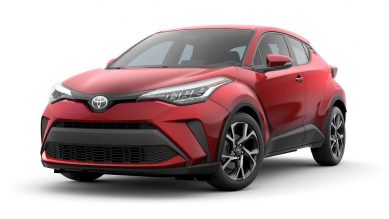 In Europe, the C-HR still comes with a choice of two engines, albeit both hybrids with the 85 kW 1.2-litre turbocharged petrol engine having seemingly been dropped. In its place, Toyota has added a 135 kW 2.0-litre hybrid that joins the carryover 90 kW 1.8-litre engine, both connected to a CVT. The North American model meanwhile is powered solely by a normally aspirated 2.0-litre petrol that makes 107kW/188Nm, sent to the front wheels also via a CVT.

While pricing in the United Kingdom kicks-off at £25 625 (R479 745), it remains to be seen whether the updates will be applied to local models where a series of revisions were incorporated into the top-spec Luxury introduced in November last year.