Body-on frame Nissan SUV on the cards for South Africa

Prospects are favourable for a Navara-based SUV to become available Nissan has indicated that its body-on frame challenger to the Toyota Fortuner, Ford Everst, Isuzu MU-X and Mitsubishi Pajero Sport, the Terra, could very well come to South Africa once local production of the Navara kicks-off next year.

This, according to Nissan South Africa Media Relations Manager Veralda Schmidt, who, despite not mentioning the Terra by name outright, confirmed to The Citizen on the side-lines of the unveiling of the Datsun Go CVT last week that prospects are favourable for a Navara-based SUV to become available in the coming years.

At present, the Terra, which debuted last year, is only offered in select Asian markets using the same 2.3-litre twin-turbodiesel engine as the Navara in Thailand, the previous generation D40 Navara’s 2.5-litre YD25DDTI oil-burner in the Philippines and a 2.5-litre petrol motor in China. 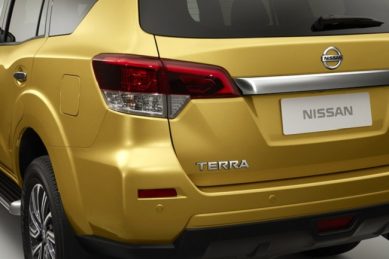 Schmidt however stated that initial focus will be placed on Navara production at its Rosslyn Plant outside Pretoria, following Nissan’s announcement in April that it will invest R3-billion into the facility for manufacturing of the next generation pick-up.

“You will see many activities at our plant over the next 18 to 21 months. Once we have established [Navara production], the chances are very good that there might be a Navara-based SUV available to our market, however, we first have to finish our plant and get our Navaras built before building other products,” Schmidt said.

In a departure from the current Navara, Schmidt are confirmed that the next generation will continue to be offered in double cab bodystyle, but also a single cab for the first time after the discontinuing of the King Cab option when the D40 ended production five years ago. 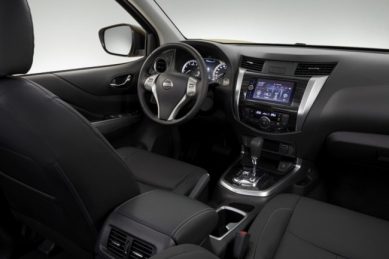 At the same event, Nissan South Africa Marketing Director Kabelo Rabotho also confirmed that the automaker has no plans afoot to bring the Titan to market in spite of Australia’s on-going push for it to be made in right-hand-drive.

“The decision to bring any vehicle is always based on economics. If the economics are right then the decision will be made, but at present, there is no indication [of the Titan] coming to South Africa,” Rabotho said.