Local market price and specification will be announced later. 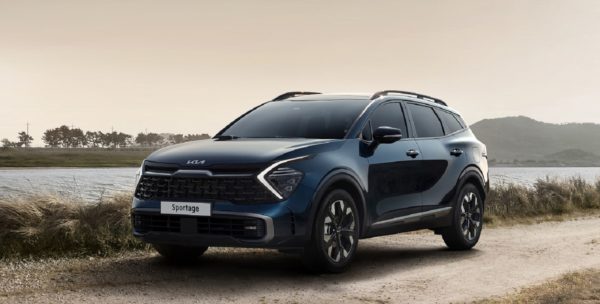 Having showcased the dramatically different all-new Sportage last month, Kia has divulged more details, including technical specifications, of its fifth generation SUV by way of unveiling the newcomer in South Korea.

Representing one of the biggest aesthetic departures since the second generation replaced the first, the Sportage, as with previous generations, rides on the same platform as the Hyundai Tucson and boasts dimensions of 4 660 mm in overall length, a wheelbase of 2 755 mm, height of 1 660 mm and width of 1 865 mm.

Measuring 175 mm longer overall than its predecessor while sporting an 85 mm longer wheelbase, a height gain of five millimetres and width increase of 10 mm, the Sportage also comes with more space in the shape of a 637-litre, with the rear seats up, boot and a claimed 1 050 mm of headroom in the second row.

In terms of specification, and depending on the trim level, the Sportage will offer a choice of three alloy sizes ranging from 17 to 19-inches, seven colours plus the first time availability of the off-road inspired X-Line model. As before, the GT-Line will once again head the line-up.

Aside from the exterior which conforms to Kia’s new Opposites United styling language, the Sportage’s interior rates as another dramatic step-up from past generations with centre stage going to the new curved dashboard topped by a twelve-inch digital instrument cluster and infotainment system of the size.

Up front, the Sportage will initially be powered by a choice two engines; the familiar 1.6 T-GDI that pumps out 132kW/265Nm and an upgraded 2.0-litre turbodiesel rated at 137kW/416Nm. Kia has however confirmed that hybrid and plug-in hybrid derivatives will be added later.

For now, three transmissions are offered; a six-speed manual or seven-speed dual-clutch on the T-GDI and a newly revised eight-speed torque converter automatic as the sole option for the oil-burner.

Going on sale in South Korea and Europe later this year, Kia South Africa has meanwhile confirmed that the Sportage will be touching down before the end of 2021 with specification and price to be announced in due course.