Speculation is the newcomer could either be the follow-up to the Clubsport 45, or the long rumoured Golf R Plus. 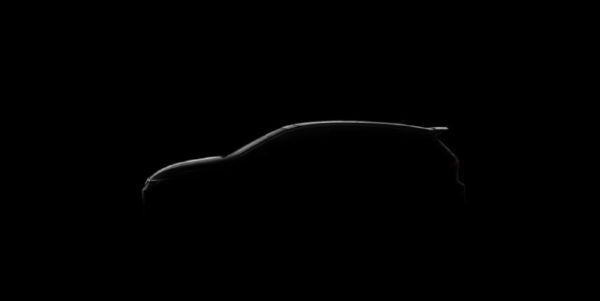 Volkswagen has send speculation into overdrive after releasing an unexpected teaser image of what appears to be a new performance Golf on its Facebook page.

While the outline image, accompanied by the text, “We’re launching an NFT (Notably Fast Transporter). Coming February 2022,” doesn’t reveal much else, reports have alleged the model in question could potentially be the follow-up to the limited edition Clubsport last available in 2020.

Based on the Mk 8 GTI, the Clubsport sat 15 mm closer to the ground and apart from featuring an electromechanical XDS front differential and ability to have the Electronic Stability Control turned completely off, boasted more power with outputs of 221kW/400Nm.

Alternatively, it has been suggested that the image previews the replacement for the Clubsport 45, whose debut last year, as evident by its name, coincided with the 45th anniversary of the GTI moniker.

What is certain though is that the teaser won’t be previewing a new iteration of the ultra-hardcore Clubsport S after Volkswagen’s Head of Driving Dynamics, Karsten Schebsdat, told Britain’s Autocar in 2020 that no plans are afloat to introduce a model positioned above the Golf R.

ALSO READ: WATCH: How fast is the Volkswagen Golf 8 GTI?

Meanwhile, another suggestion is the teaser possibly confirming the long rumoured Golf R Plus. A model that has been shrouded in mystery ever since 2018 when rumours began, the R Plus, which initially was expected to feature a hybrid powerunit with as much as 298 kW, has been tipped to deliver 245 kW in spite of reports in 2020 hinting at a potential output of 257 kW.

If indeed the teased model, the R Plus, contrary to Schebsdat’s comments, will slot-in above the R as the most powerful derivative of the Golf 8, with drive set to once again go to all four wheels via a seven-speed DSG.

The amount of grunt is expected to come from the same 2.0 TSI engine after it emerged two years ago that Audi had blocked its parent company from using its five-cylinder 2.5 TFSI for the then still-to-be-revealed Golf 8 R.

“The Golf R is quiet simply too a direct rival to Audi Sport. [Therefore], we will not let [Volkswagen] have the powerunit at their disposal,” an unnamed Audi executive was quoted as saying at the time.

Despite the lack of details at present, expect more in the form of teasers and leaks, plus a launch date, to be divulged in the coming days.