Stuttgart's rival for the BMW M3 is set to be a lot more powerful despite having two less cylinders and a 1 000 ccs. 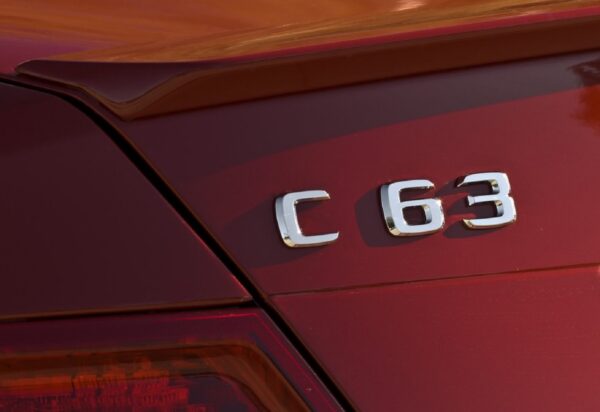 Change in powerunit will see the C63 deliver a reported 500 kW.

Mercedes-AMG has provided the first official glimpse of the four-cylinder C63 ahead of its much awaited world debut later this year.

Snapped by Britain’s Autocar at this past weekend’s 24 Hours of the Nürburgring in the same thin silver, black and red disguise as the AMG GT73e 4-Door, the three-pointed star’s rival for the BMW M3 will head the same route as the new C43 by adopting a 2.0-litre turbocharged engine with electrification.

A model that has been under considerable scrutiny since it was announced in 2019 that it would take leave of the current 4.0-litre bi-turbo V8 engine, the C63’s setup will comprise the M139 four-cylinder from the A45 S, a 48-volt mild-hybrid system and a rear mounted electric motor capable of producing 150 kW on its own.

FIRST LOOK: The new @MercedesAMG C63 drops half of its cylinders but more than makes up for them with a big hit of EV power https://t.co/EG9ksQLjMe pic.twitter.com/Wnj883TTnP

Based on Autocar’s claims, the entire plug-in hybrid configuration translates to an output of 500 kW, 20 kW more than reported last year, 90 kW up on the initial prediction two years ago and a whopping 125 kW up on the mentioned V8 used in the outgoing C63 S.

The inclusion of the rear axle mounted motor adds further substance as it automatically results in the C63 being all-wheel-drive, another first, while the combined torque figure rises by 50 Nm to 750 Nm.

Figures reportedly confirmed by AMG, the C63, therefore, eclipses not only the M3, but also the M3 Competition on the power front with gains of 125kW/100Nm in spite of its engine being a whole 1.0-litre smaller.

Hooked to the nine-speed MCT transmission, the C63 will allegedly get from 0-100 km/h in 3.5 seconds, 0.5 seconds slower than the V8 as a result of the hybrid system reports have alleged weighs around 250 kg.

The claimed all-electric range is rumoured to be 64 km with the top speed pegged at 290 km/h, the same as the current model.

While an official launch date remains unknown, the sighting of the C63 and light disguise all confirms it to be imminent.