The new Kyalami circuit is ideal to test this pedigree car, clocking 0-100km/h in just 2.9 seconds. Driving the latest range of Porsche’s legendary 911s at the new Kyalami racetrack is something of a sensory overload.

On the one hand, you are sitting in one of the finest high performance cars ever made and on the other you are absorbing crucial changes to a world, class racetrack. There could be no finer vehicle to show just how much of a difference a couple of inspiring vehicles can make.

The range-topping 911 Turbo S claims a 0-100km/h time of just 2.9 seconds, so drivers are in no doubt as to the pedigree of what it is they are driving.

Add to that the Porsche 911’s outstanding balance, braking and dollops of technological driving aids and you can be fooled into thinking you’re an ace driver. And Kyalami’s new 900m long main straight makes the dream complete.

However, the new circuit is a whole new ball game and arriving at a sharp left jag back corner requires a skilled driver and an even more sorted car. 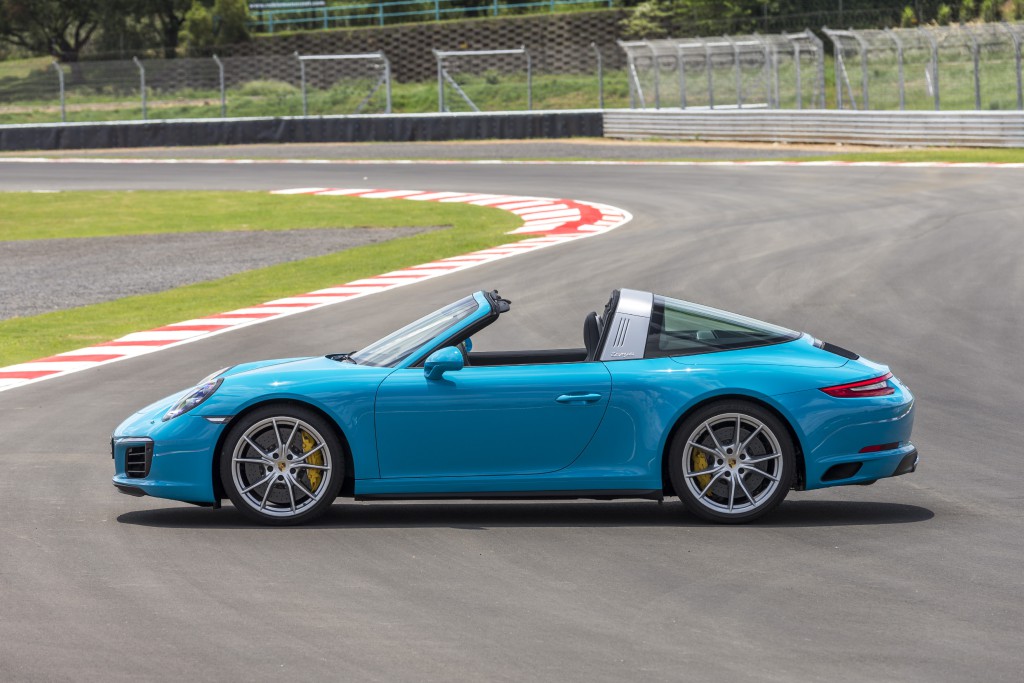 At the launch we had instructors who race Porsches on the world stage to talk us through it, but racing at Kyalami is going to hark back to the good old days. That turn one will be a bunfight I have no doubt.

Carrying speed through The Kink towards Crowthorne is no problem; getting rid of it into the tight left hander is more interesting.

With 427kW and 700Nm – 750Nm on overboost – the 911 Turbo S is fairly forgiving if you bleed off too much speed before going uphill through the Jukskei Sweep, but in an actual race there will be no mercy and the widened track into Crowthorne will test many friendships.

In my case, I underestimated the speed I was carrying into the corner most times and was thankful for the Porsche 911’s excellent balance when both heavy hand and heavy brake had to save me.

As a passenger driven by the Porsche race drivers it was interesting to note how regularly they ignored the lines and braking points they had carefully shown us before.

Clearly the 911s were not upset by the kind of driving required in a true race. Not wanting to be the driver responsible for the first crash at the reborn Kyalami circuit, I was happy to leave the experimenting to the experts, but there were numerous occasions when the race-proven 911 made me feel a lot better than I know I am.

There is far too much technical specification in the 911s to get into the space available and it is difficult even to pick highlights.

Given that a 911 Turbo S, 911 Turbo, Carrera and Targa are available, the range of choices is endless. But to give you an idea of where Porsche is going with its icon, one can consider that the engine for the Turbos is a 3.8-litre six-cylinder with twin-turbo charging and variable turbine geometry chargers, unique for petrol engines. 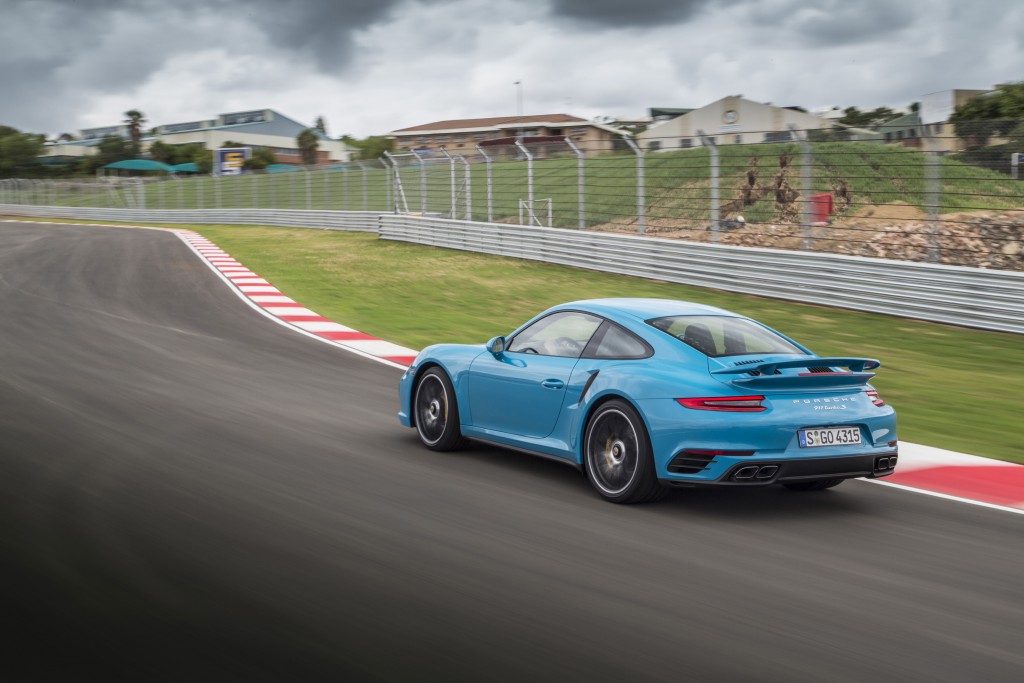 Dynamic Boost shortens the time it takes for turbo engines to react to load alternations. Usually, the engine controller closes the throttle valve when the driver releases the accelerator pedal. Then no more charge pressure is available.

Dynamic Boost, on the other hand, keeps the throttle valve open and only interrupts the fuel supply. As a result, the turbocharger continues to generate pressure, which then enables delay-free acceleration.

A new feature is the Sport Response Button. Inspired by car racing, it offers the ability to adjust the vehicle’s responsiveness to be extremely direct at the push of a button. It might be used to optimally prepare for an overtaking manoeuvre, for instance.

When the Sport Response Button is pressed, the engine and transmission are adjusted for maximum responsiveness. In the part-load range, the PDK unit immediately downshifts one gear so that engine speed is in an optimal range: between 3 000rpm and 6 000rpm.

At the same time, PDK switches over to a special gear shift map that is shifted upward in engine speed, compared to the Sport Plus mode, so that the PDK delays engagement of the next higher gear.

The ignition angle is retarded and the turbocharger blades close with variable turbine geometry. At the same time, the throttle valve is slightly opened, which increases mass flow, and the speed of the turbocharger rises.

The next time the accelerator pedal is pressed, the engine reacts much more spontaneously. The Dynamic Boost function also switches to Performance mode.

After 20 seconds, the car automatically returns to the previously selected state.