Suzuki finally reappropriated the Grand Vitara they had given us for an extended test period. It was a sadder day than I had expected. 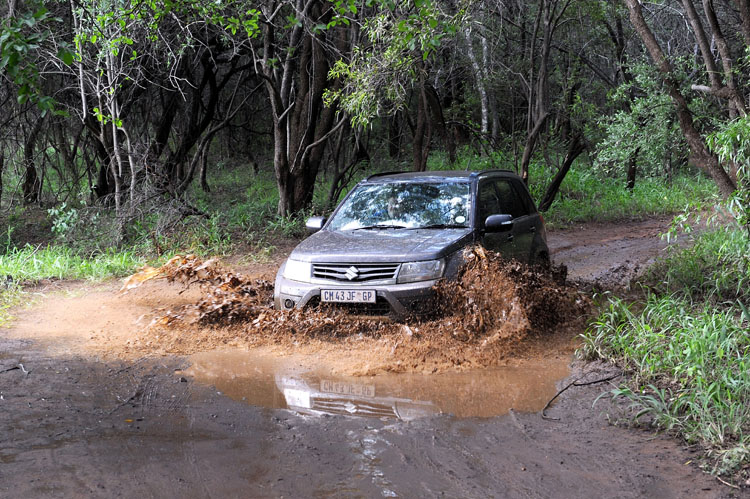 Suzuki specialise in smaller vehicles and the Grand Vitara is the largest 4×4 they build. It is still pretty compact by low range 4×4 standards though and this is why my initial impression was somewhat lukewarm – I generally like big 4x4s that I can put stuff in and tow things with. However over an extended period reality tends to bite and the advantages of more modest dimensions becomes apparent.

The most obvious advantage was that the Grand Vitara was easy to drive and park. In the real world one does not load a huge vehicle very often and I cannot remember an occasion when we thought there was not enough space in the Grand Vitara for our requirements. The rear seats fold down in any event if the boot is not large enough, but even this was not something we sought to do often, even on my wife’s more extravagant shopping expeditions. Speaking of my wife, this proved no small consideration over an extended period. The fact that the car was so easy to park was certainly not lost on her.

Often with larger cars struggling in basement parking lots, which seem to have taken no account of the change in size of cars over the years, is something one does not worry about in the short-term, but after a while it gets tedious. Owning a large vehicle might have seemed fantastic in your dreams and even during the test drive, but when you are in a hurry at the mall on a sweaty Saturday it is not quite as romantic and the Grand Vitara proved as nippy as as small sedan, but with the added convenience of the height provided by the 4×4 design.

However if parking lots and shopping are all you have in mind there is still no reason to even get a compact 4×4 like the Grand Vitara. You may as well just get a hatch. The Grand Vitara is a genuine 4×4 with a full low range transfer case. It has no real competitors, as all the other vehicles of its size offer at best all wheel drive in normal high ratio only. The problem with this is that unless you have masive engine power on tap, serious mud plugging or rock crawling requires a gearbox to do the work. This is where the Suzuki Grand Vitara really came into its own.

I had been waiting for the rains to come to the North West as eagerly as the drought struck crop farmers. When they came they came and barely stopped for a month. The cows, the farmers and I all rejoiced for different reasons. Mine was that I could play in the mud – special gooey mud, the likes of which I have not found elsewhere. It is so slippery that it is difficult to balance on and driving on it is fun beyond words, provided there is a tractor not far off for the inevitable “bridge too far”.

The Grand Vitara performed well here, precisely because of its low range gearbox. Keeping the revs down while still having power is crucial otherwise wheelspin to the extent that you just dig in is unavoidable. The relatively short wheelbase of the Grand Vitara meant that the vehicle often wanted to simply turn on its own axis, which it occasionally did, and I was thankful for the usually detestable ruts as they actually provided some directional control. 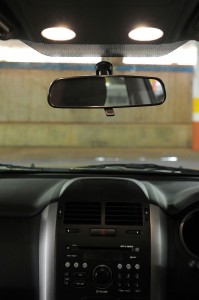 Ultimately the offroad limits were defined, as is so often the case, by the tyres which had a heavy on road bias. The short wheelbase does however offer a better breakover angle as compensation. One drawback was that I had asked for a towbar to be fitted and, because the spare wheel is fitted to the rear door, an extension must be used to allow the ball to protrude sufficiently to gain access. This meant that the departure angle was curtailed. The ball section is designed to be easily removed for this reason but, unless you do it before you go and play in the mud, you will be exceptionally loath to remove it when you first bury it in the muck. Should you be tough enough to brave the mess and detach it, you need to carry a good plastic bag to put it in or your wife will spurn you more than usual. 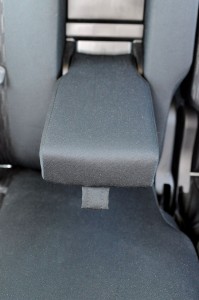 More seriously, the extended tow bar makes it even more critical as to how you load your trailer, as it acts as a lever to the rear suspension and exaggerates the tail drop. It is no reason not to tow – we did so quite succesfully on many occasions. But you need to pay attention to loading – which you should do anyway.

Despite the fact that our test unit was the lower specification Dune unit, which at R311 900 saves you about R63 000 over the higher specification Summit model, we found it quite adequate.

Gratefully we had little use for the safety equipment. In addition to the all-disc ABS brakes that I did use to save myself and an unusually stupid goat, the Grand Vitara Dune has front, side and curtain airbags, front and rear head restraints and five inertia reel seatbelts. There are Isofix rear child seat anchors which I am especially thankful for not neeeding.

However what we used a lot was the stereo radio receiver and the electric windows all round, as well as the automatic air-conditioning.

The Grand Vitara has a 2.4-litre petrol engine producing 122kW and torque of 225Nm. In our case this was fed to the wheels via a five-speed manual gearbox. A four-speed automatic transmission is available. I don’t really have any gripes about this setup and it served us without skipping a beat. The fuel consumption figure remained stubbornly around the 10 litre per kilometre mark, dropping slightly on the open road and increasing in the city.

However the Grand Vitara always used four wheel drive and I wonder whether being able to disconnect the front wheel drive for cruising would not be worth the trouble and expense in the long run as regards fuel consumption. Also I would love, as is always the case for me with 4x4s, to see a diesel derivative. But, sadly, Suzuki seem to feel the opposite as they have even discontinued the production of the diesel Jimny worldwide.

The Suzuki Grand Vitara is hard to place exactly as there is little to compare it to, which is so important. Its very strength is it fills a gap few others seem to contenplate that of a serious, but compact, 4×4.