All-new Mercedes-Benz GLE arrives with a point to prove

Mercedes-Benz has been over the fourth generation with a much finer toothcomb. The luxury SUV segment might be in full-bloom today with nearly every manufacturer wanting a piece of the action, yet things were a lot different 22 years ago when Mercedes-Benz decided to venture into relatively unknown territory with the M-Class.

Of course, the three-pointed star had already made its name in off-roading folklore since 1979 with the G-Wagen, but which at the time was still very utilitarian and nowhere near as opulent or bursting with power as today’s incarnation.

In addition, the hand-built G’s military roots were still prevalent and its rugged demeanour not ideal for Benz to go into battle with the Range Rover, which had started making the transition from off -roader to the luxury status symbol it now is. 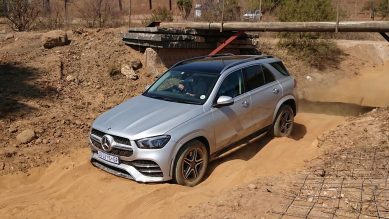 The final decision then to create an all-new model instead of sticking with plan A and replacing what is known as the G-Class today resulted in the M-Class or ML that Benz claims would go on to set the template of the premium SUV.

With global sales having surpassed two million units, it was time for a rethink seeing as the ML, renamed GLE in 2016, had been on sale since 2011 and was aging in comparison to its rivals. Now, fresh from its world debut in Paris last year, the first true model to wear the GLE moniker has touched down in South Africa with a point to prove.

Whereas its predecessor morphed into GLE guise via a facelift, Mercedes-Benz has been over the fourth generation with a much finer toothcomb, placing it on a new platform and furnishing it with a more modern appearance and increasing levels of technology. 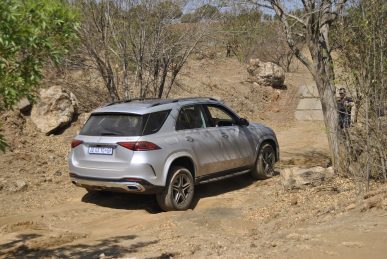 Externally, the internally named V167 cuts a more distinctive figure than the old W166 with shorter front and rear overhangs resulting in a more compact appearance, while the rear facia have been refined to look more stylish and appealing. As an option , the AMG Line styling pack spruces things up with the inclusion of a bespoke bodykit, studded grille, wider front air intakes and up to 22-inch alloy wheels.

It is the interior however that is the biggest and most welcome departure from the old GLE in that an all-digital design has taken over in the form of the dual 12.3-inch displays housing the customisable instrument cluster and the MBUX infotainment system that can be controlled via the large haptic touchpad on the centre control, using the screen itself or by saying “Hey Mercedes”.

As on the G-Class, the chunky grab handles on either side of the console remain while the turbine-styled air vents have been dropped in favour of trapezoidal units which look more elegant against the uncluttered facia. 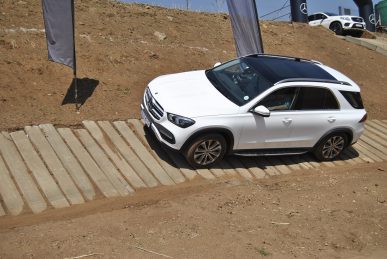 With its new platform being 80 mm longer in overall length and with headroom improved by 33 mm, the GLE follows the same route as its chief rival, the BMW X5, by offering a seven-seat option for the first time with the second row being electric.

A quick sit-behind-yourself test brought this to light as both head and legroom were remarkable, even with the fitment of the panoramic sunroof. Counting further in the GLE’s favour is a boot measuring 825-litres in five-seat form, which increases to 2 055-litres with the second row flat. 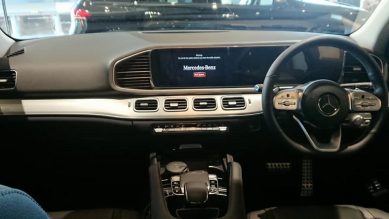 The sole petrol option in the GLE 450 also displaces 3.0-litres in a straight-six configuration, but comes with the 48-volt EQ Boost mild hybrid system that adds an additional 16kW/250Nm for short bursts on top of the petrol’s 270kW/500Nm.

Although all the units are paired to the 9G Tronic automatic gearbox and come with 4Matic all-wheel-drive, the latter pair can be specified with Benz’s optional Off -Road package made up of a low-range transfer case, an electronically controlled multi-disc clutch and a 50/50 split torque-on demand function.

At the local launch, which started in Sandton and headed to Pretoria via the Zwartkops Raceway and around the back roads of Pretoria North, the GLE felt resoundingly comfortable if not special to drive, though the 450 emerged as the range standout as the lively straight-six feels eager and well suited to spirited driving, while the 400d has the low down punch but remains blighted by initial turbo-lag and a noticeable clatter.

Off-roading was however a surprise as the purpose built course setup by the AMG Advanced Driving Academy using bits of the old Zwartkops track, saw the GLE demonstrating its capabilities rather well with the off-road pack and the Airmatic suspension working together to overcome the various obstacles with ease.

In summary, the all-new GLE not only rates as welcome return to form for Benz’s flagship SUV, but one which finally does justice in being a premium offering again.