They are out: Volkswagen reveals all-new Golf GTI, GTD and GTE Bowing next month at the Geneva Motor Show with the flagship R premiering in July at the Goodwood Festival of Speed, the performance icon of Wolfsburg’s Golf range is as conservatively differentiated from its regular siblings as ever with only small but noticeable styling tweaks.

These include a thinner now illuminated grille embellished with the iconic red striping and GTI badge as indicated by the teaser image last week, optional LED fog lights integrated into the lower honeycomb air intake, a subtle bodykit, standard 17-inch Richmond alloy wheels with 18 and 19-inches optional, LED headlights, GTI lettering now placed below the Volkswagen badge on the bootlid and on the front wings, dual exhaust outlets on either side of the new diffuser, an extended boot spoiler and red brake calipers. 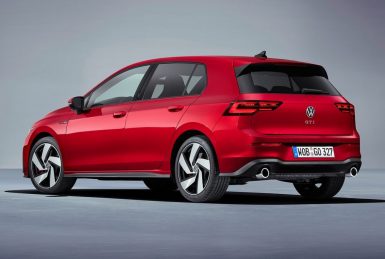 Inside, the interior is carried over from the standard Golf in terms of design with tech such as the 10.25-inch Active Info Display digital instrument cluster and ten-inch touchscreen infotainment system, a choice of 30 ambient lighting colours, climate control, Car2X commination, keyless entry being included, along with the same array of safety systems that includes Front Assist Autonomous Emergency Braking with Pedestrian Monitoring, Travel Assist adaptive cruise control and Lane Keep Assist. 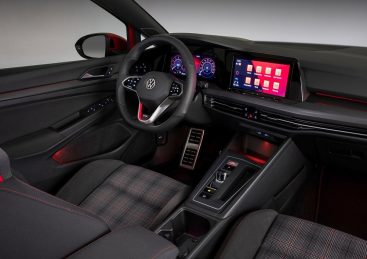 Inclusive with the adaptive Dynamic Chassis Control system that now comes with an Individual mode in addition to the carryover Eco, Comfort and Sport settings, the GTI features the XDS electronic front differential also as standard, controlled by a new Vehicle Dynamics Manager that regulates the damper settings.

In a tradition that kicked-off with the Mk V, power for the Mk VIII is once again provided by a 2.0 TSI engine, the updated EA888, which, as indicated by the leaked presentation slide last month, produces 180kW/370Nm. As with previous generations, a six-speed manual transmission is the default choice with a seven-speed DSG being optional. No performance figures were however announced. 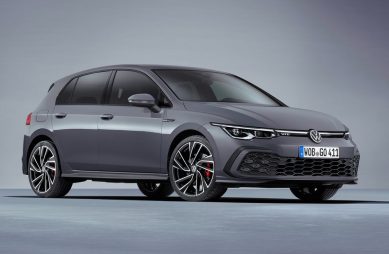 Part of the Golf line-up since 1982, the oil-burning GTD differs slightly from its sibling externally by swapping the red grille stripe for a silver band and featuring the double exhaust outlets side-by-side as opposed to on each corner. A silver insert on the steering wheel and ambient lighting are the only other alterations. 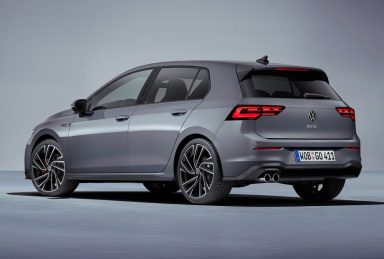 Up front, the GTD comes powered by what Volkswagen claims to be its cleanest turbodiesel engine to date that boasts two SCR catalytic converters and dual AdBlue injections in order to comply with ever more stringent European emissions regulations. 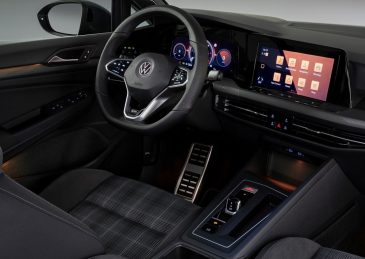 Producing 147kW/400Nm, the former output identical to the Mk V GTI, the GTD is equipped solely to a seven-speed DSG with details regarding consumption and performance also not being disclosed. 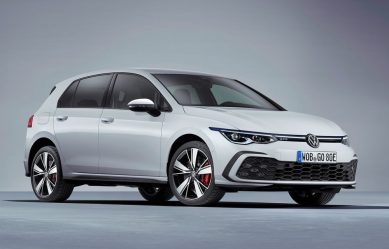 A moniker created six years ago, the plug-in hybrid GTE rounds the performance Golf range off for now and as with the Mk 7.5, comes with a blue stripe around the grille and foregoes the nomenclature denomination on the front wings for a charging point, while also lacking the exhaust outlets and coming with a blue default interior lighting. 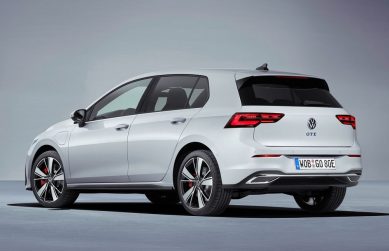 Keeping hold of the 1.4 TSI engine that develops 110 kW, Volkswagen has paired to the engine to an 85 kW battery that makes for a combined output of 180kW/400Nm, the latter being 30 Nm up on that of the GTI. 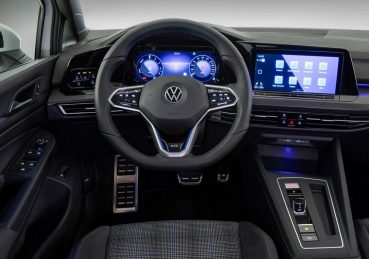 Hooked to a six-speed DSG as standard, the GTE comes with an all-electric range of 60 km and can be driven emissions free at up to 130 km/h. While retaining the Dynamic Chassis Control system, the GTE also comes with two modes of its own, the all-electric and default E-Mode and Hybrid that activates the petrol engine when speeds exceed 130 km/h.

As already mentioned, the GTI will headline the Golf assault in South Africa later this year followed by the R and regular 1.4 TSI, with the GTE unlikely to be offered at any stage. At present, availability of the GTD is unknown.