This is it: All-new Nissan X-Trail uncovered

X-Trail, known as the Rogue in North America, saves its biggest highlight for the interior. 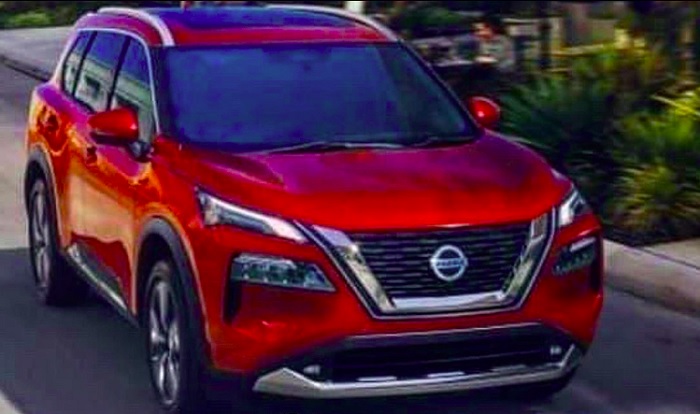 Captured earlier this month on social media trundling through a seemingly deserted part of Las Vegas, first undisguised images of the all-new Nissan X-Trail have surfaced online on the back of several nearly accurate renders.

Posted by the Kurdistan_Automotive_Blog Instagram page as well as the Wordscoop Forum, the low resolution images nonetheless shows a radical departure from the current X-Trail in that the newcomer draws visual inspiration from the new Juke in the shape of the latest V-Motion grille and split headlight design. At the rear, the X-Trail, apart from the satin silver skidplate, is more conservative with light clusters seemingly taken from the Toyota RAV4 and a spoiler integrated into the bootlid. 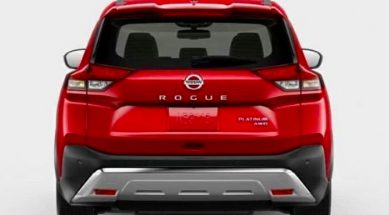 Appearing longer than its predecessor, the X-Trail, known as the Rogue in North America, saves its biggest highlight for the interior where the dated design of the current model makes way for an entirely new layout headlined by a new freestanding infotainment system, a digital instrument cluster and a squared-off climate control panel.

In addition to a new D-shaped steering wheel, the centre console has been redesigned to include a wireless smartphone charger, twin cupholders, a rotary dial for what is likely to be the All-Mode 4×4-i mode selector and a blocky gear lever appearing similar to that of the Volvo XC90. 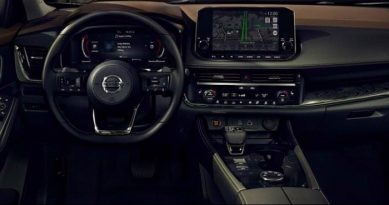 Set to provide the foundation for the next generation Mitsubishi Outlander, technical details are so far unknown, but expect some to be leaked or possibly revealed by Nissan officially within the coming weeks and months. Based on prior reports, the X-Trail will go on sale around October before arriving in South Africa sometime next year.