Golf will spawn a ninth generation, but is unlikely to continue beyond 2030 in lieu of it being replaced outright by the ID.3. With R versions of the new Golf, Tiguan and Arteon being prepared for unveiling, Volkswagen’s Sales, Marketing and Aftersales Head has indicated that the future of the performance division will be an electric affair.

In spite of Wolfsburg’s Technical Developments Operations boss, Matthias Rabe, confirming last month that internal combustion engines will remain part of its resume for a number of years, Jürgen Stackmann, in an interview with topgear.com, confirmed that future R models will have electrification as evident by the Touareg R launched in February.

“The future of R needs to be, and will be, electric. We’re still working on what we started two and half years ago – which was obviously not electric, though exciting – but the work going forward is and will be electrified,” Stackmann said.

He however refused to comment on whether hybrid or full-electric drivetrains will become the norm for all upcoming R models, merely saying that the future for the division looks “vibrant”. 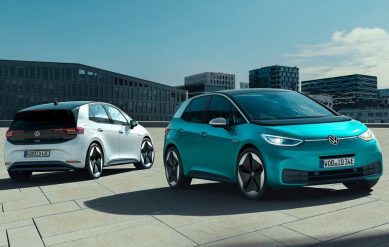 The electrification of the R brand comes after a report last week that Volkswagen might discontinue some of its established names such as the Golf and Passat in favour of the all-electric ID. range that will soon be expanded to include the ID.4. According to Stackmann, who spoke to Britain’s Auto Express, the Golf will spawn a ninth generation, but is unlikely to continue beyond 2030 in lieu of it being replaced outright by the ID.3.

“I think Golf will have a lot of interesting technologies until the boundary of full electric. The fully electric ID goes into the ID family and that decision is of a divide within the family. So for full electric, we want to have optimised platforms doing just electric and they will be called ID. for the future,” Stackmann said.

He however stated that countries outside of Europe without proper electric vehicle infrastructure would not be ignored as the Golf will continue in these markets with a conventional internal combustion engine, hinting that the ninth generation could be sold alongside the ID. range of models that will eventually become its mainstream offerings.

“What technology Golf 9 will bring we will see. It will again be leading edge as we are now seeing with Golf 8 – whenever we come with next generation Golf it will be a mark for the rest of the industry to beat for the next five or six years to come,” Stackmann concluded.