Inside, the Fortuner receives the same Apple CarPlay and Android Auto enabled eight-inch touchscreen infotainment system as its sibling. 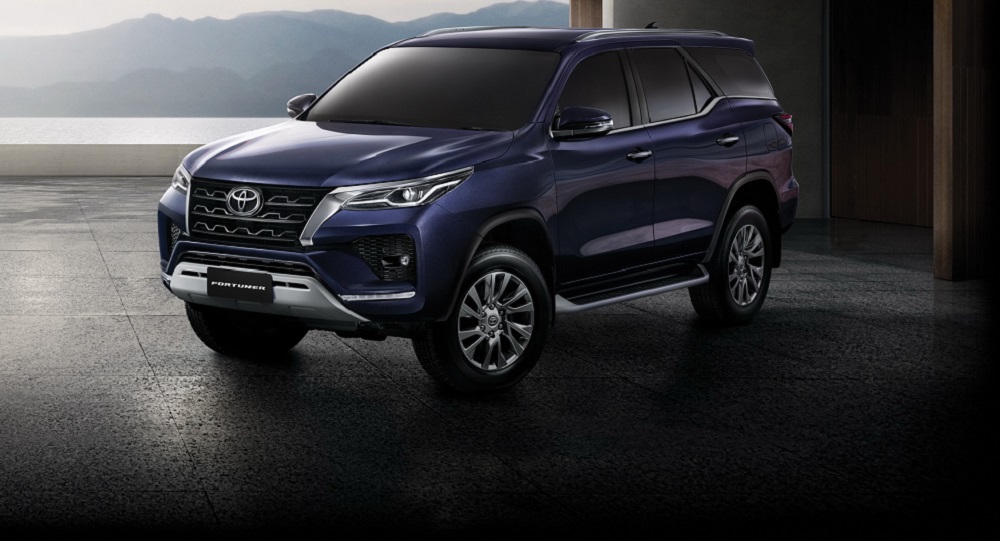 With the wraps having come off of the facelift Hilux in Thailand today (4 June), Toyota, at the same event, also revealed the updated Fortuner scheduled to go on sale next month. 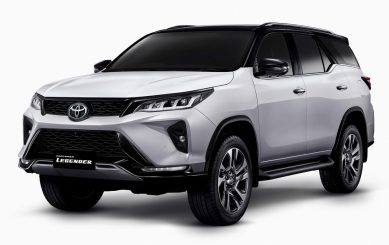 The subject of a number of online renders in recent months, the Fortuner, as indicated by leaked images two months ago, borrows styling cues from the Japanese market Harrier and to some extent, the Raize, in that it receives new headlights with integrated daytime running LEDs, a restyled grille and front bumper, horizontal LEDs below the upside down L-shaped fog light bezels, a satin silver front skidplate and new alloy wheels designs.

ALSO READ: Here it is: Facelift Toyota Hilux officially out

Like the Hilux, the rear-end changes are comparatively minor and includes new LED light cluster, a redesigned bumper with the same L-motifs on the flanks, and a prominent spoiler integrated into the bootlid. Bespoke to Thailand is the Legender which boasts a split black grille, diamond-cut alloy wheels, black side-steps and a bi-tone paint finish similar to the recently launched Epic. 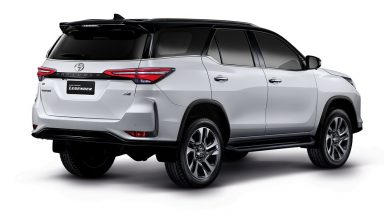 Inside, the Fortuner receives the same Apple CarPlay and Android Auto enabled eight-inch touchscreen infotainment system as its sibling, as well as the 4.2-inch TFT instrument cluster display and revised voice recognition system. Surprisingly, no mentioning was made of any safety or driver assistance systems, but expect the same Safety Sense system as the Hilux to feature. Reserved for the Legender though, is a bigger nine-inch display with the Thai model also receiving a surround-view camera system. 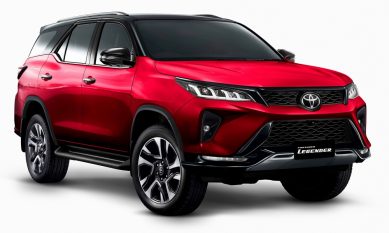 What has been revealed though is the engine specifications leaked earlier this week. Following on from the Hilux, the Fortuner keeps the existing normally aspirated 2.7-litre petrol and 2.4 GD-6 engines unchanged, but receives a power bump of 20kW/50Nm for the 2.8 GD-6, meaning an output of 150kW/500Nm.

It is solely offered with the six-speed automatic gearbox after a model reshuffle earlier this year saw the six-speed manual being dropped. As with the Hilux, the Fortuner’s towing capacity has been upped by 300 kg from 2 800 kg to 3 100 kg for the 2.8 auto. 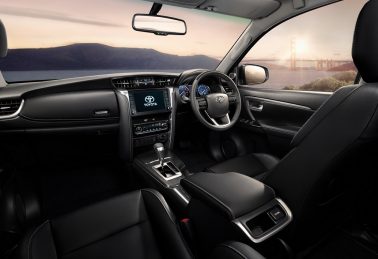 In Thailand, pricing for the Fortuner kicks-off at 1.3-million baht (R708 600) with exact specification for South Africa still to be announced. Production will once again take place alongside the Hilux at Toyota’s Prospecton Plant in Durban.