Up front, motivation from the 4.4-litre bi-turbo V8 is unchanged at 441 kW for the regular M5 and 460 kW for the Competition. 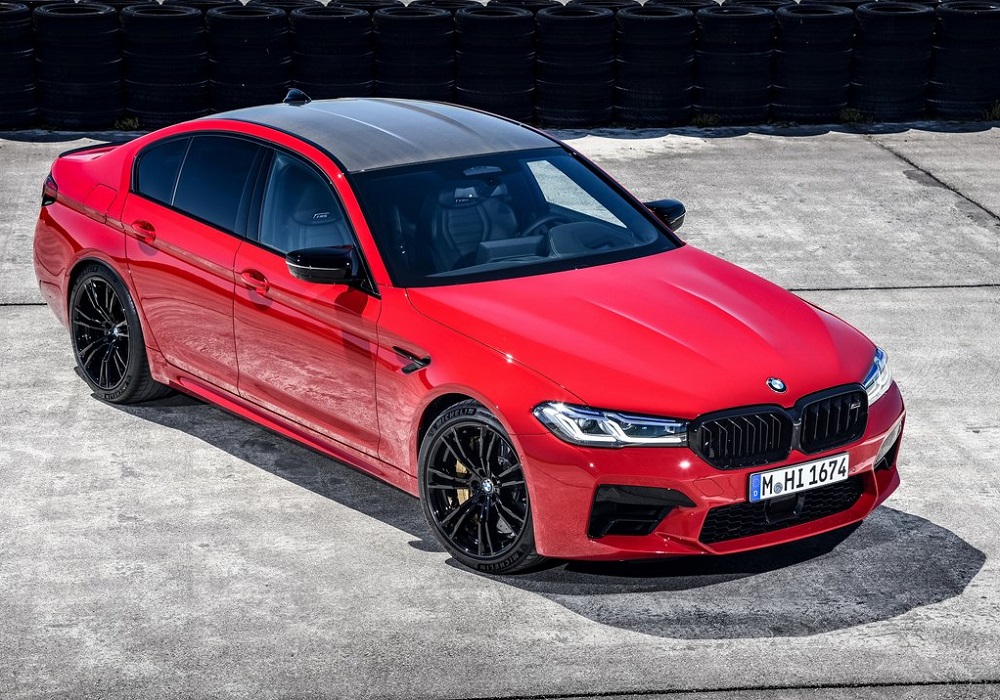 Bespoke to the Competition however is the black styling pack that sees a gloss black finish being applied to the grille and its surround, bootlid spoiler, mirror caps, the M5 Competition badge, diffuser and on the rear apron, while the door sills feature an illuminated M5 Competition logo. A black chrome finish for the exhaust rounds the exterior off. 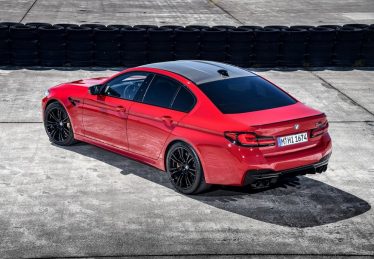 Inside, the M5 becomes the recipient of the new 12.3-inch iDrive infotainment system with the 7.0 operating system, as well as two new shortcut buttons on the tweaked centre console aimed at improving access to the readouts on the instrument cluster and Heads-Up Display.

Riding on a stretched version of the CLAR platform, changes underneath the M5’s enhanced skin includes a new damper control system derived from the M8 Gran Coupe, standard M Compound Brakes with carbon ceramic stoppers being optional, new shock absorbers and a ride height drop of seven millimetres compared to the standard model. Unique to the Competition though are stiffer engine mounts with a claimed spring rate of 900 N/mm versus 580 N/mm of its sibling.

Up front, motivation from the 4.4-litre bi-turbo V8 is unchanged at 441 kW for the regular M5 and 460 kW for the Competition with torque for both being rated at 750 Nm. Top speed is limited to 250 km/h or 305 km/h with the optional M Driver’s Package included, with the respective 0-100 km/h acceleration times being 3.4 and 3.3 seconds. 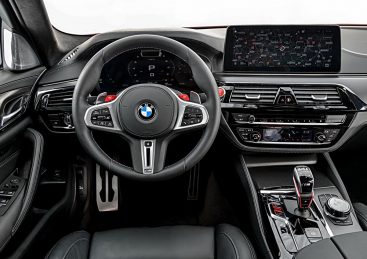 As before, drive is routed to all four wheels via an eight-speed Steptronic gearbox, but with the option of three modes; 2WD, 4WD and 4WD Sport. Also carried over is the three mode drive selector; Comfort, Sport and Sport+ with a new Track setting starring on the Competition.