New Toyota GT86 coming only in May next year

Cosmetic changes will once again be the difference between the two models. With increasing speculative reports around the all-new Land Cruiser 300 set to be answered in April next year, a new report from Japan has claimed that the all-new Toyota GT86 would make its eagerly awaited debut the following month.

According to Best Car, the mechanically identical twin of the second generation Subaru BRZ, which will allegedly be renamed GR86, will bow sometime in May and as before, differ by virtue of a revised front facia as well as subtle interior tweaks. 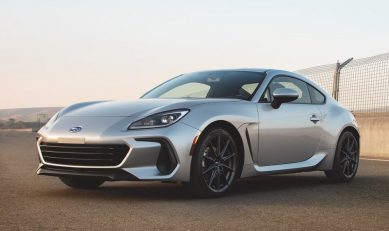 Set to ride on the same platform with the same dimensions and reworked chassis, the GT86/GR86 will also have the same drivetrain, namely the normally aspirated 2.4-litre FA24 engine that produces 170kW/250Nm directed to the rear wheels via a six-speed manual or six-speed automatic gearbox.

Like the BRZ, five driving modes, including a Track setting on manual derivatives, will feature, along with a Sport mode on automatic models plus a recalibrated Vehicle Stability Control system. Despite the report being thin on details, expect more, including spy images, to emerge in the run-up to the alleged unveiling.