All V6 line-up will be headed by the new 3.3-litre turbodiesel claimed to produce 230kW/687Nm 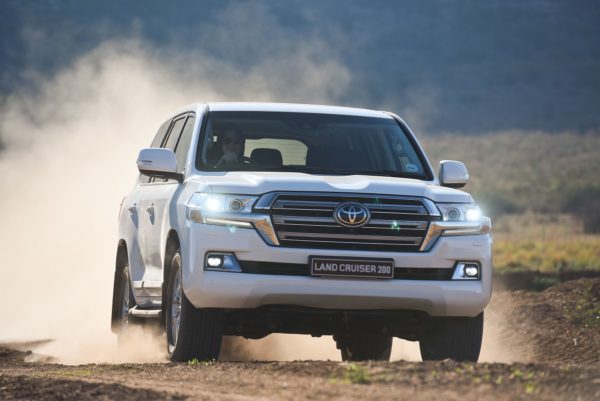 The Toyota Land Cruiser 200 will soon be replaced by the 300 after 14 years in production.

Supposedly still on course to debut sometime this month, a Japanese website has divulged technical details and indeed the engines poised to power the rumour shrouded all-new Toyota Land Cruiser 300.

With production having ended in March after 14 years, one of the longest sans the current 76/79 that bowed in 1984, the creative311.com online forum, citing alleged Toyota dealers, claims 300 production will commence on the first of July with a choice of five trim levels; GX, AX and VX and ZX as well as GR Sport.

Measuring 4 950 mm in overall length with a wheelbase of 2 850 mm, height of 1 870 mm and width of 1 980 mm, the 300 will initially derive motivation from two engines, both six-cylinders and without the option of a V8 or indeed a market specific option for first time since the 80-series bowed out 1997.

As previously reported but not named outright by the creative311.com report, the 300 will move to a body-on-frame version of the TNGA platform known as TNGA-F the next generation North American Tundra will also use, meaning the retention of the low range gearbox with ground clearance reported to be 225 mm.

Engine-wise, the petrol will be derived from the Lexus LS500 and displace 3.4-litres despite being billed as a 3.5, and produce 313kW/589Nm. The second comes in the shape of the much vaunted new turbodiesel that replaces the stalwart 4.5 D-4D V8 continuing in the 76/79.

Displacing 3.3-litres and claimed to be a V6 rather than a straight-six as mentioned previously, the supposed Mazda made engine, a claim not officially verified along with the inclusion of a 48-volt mild-hybrid system, will deliver 230kW/687Nm, 30kW/37Nm more than the V8.

In yet another departure, both engines will be mated to a ten-speed automatic gearbox and not the six-speed believed until now, with the petrol offering seating for five only and the diesel seven-seats as standard.

The much rumoured hybrid powerunit, likely to come from the LS500h, will only bow in 2022 with the previous claim of a diesel/electric powertrain, combining the upgraded 2.8 GD-6 with an electric motor, being highly unlikely now along with the mentioned V8, supposed to be the on, then off and then on again 4.0-litre twin-turbo unit bound for Lexus’ next generation of F models.

As evident by the spec levels, the latter pair reserved for the diesel, the Land Cruiser 300 will feature a GR Sport model, albeit with no power or torque increases. Aside from a GR specific bodykit, it will join the ZX in receiving a nine or 12.3-inch touchscreen infotainment system similar to the Venza and Harrier, fingerprint starter button, 3D off-road terrain monitor, standard 20-inch alloy wheels and Toyota’s Safety Sense suite of safety and driver assistance systems.

Anticipated to retail from ¥10-million (R1.3-million), expect more details and official or teaser images of the Land Cruiser 300 to be revealed over the coming weeks.