Eleventh generation model will be offered as a hatch later this year. 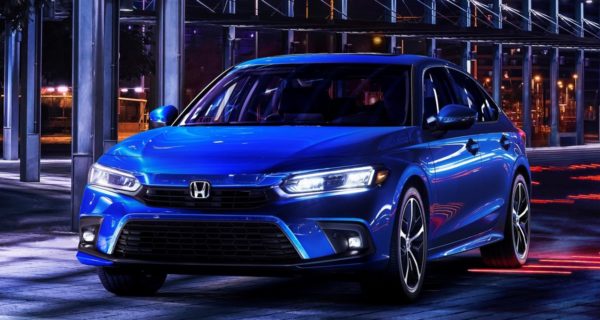 After a number of teasers, the all-new Honda Civic Sedan has been detailed in full.

As previously indicated, the newcomer debuts in sedan form that will be offered and produced in North America, though a hatchback for Europe and other markets, including South Africa, will be introduced at a later stage.

With a claimed 12 million units moved in the States since the first generation debuted in 1973, the newcomer is both longer and wider than the model it replaces, with the front bearing similarities with the current Accord and the rear from not only the outgoing Civic, but from some angles the Mercedes-Benz A-Class Sedan.

Stubbier than the last model when viewed from the back with the roofline still taking on a coupe-like appearance, Honda has also fine-tuned the Civic’s chassis by stiffening up the suspension, fitting new ball joints at the front, using an aluminium subframe and retuning the steering for improved feedback. In addition, the Civic also boasts revised front dampers, a wider rear track, new front and rear bushings and an eight percent improvement in torsional rigidity. According to Honda, the uptakes have resulted in the stiffest and most rigid generation Civic ever made.

Inside, the Civic features what Honda refers to as a human centred design interior with emphasis on a minimalistic design with lots of space. As such, the infotainment system has been relocated to on top of the dashboard, a full-width mesh-like pattern used for the dash itself and the instrument cluster an all-digital affair in two sizes.

As well as new seats, the interior fabrics and materials have been upgraded and the touch sensitive buttons for the climate control and sound system replaced by physical buttons and knobs.

On the specification front, the Civic will be offered in four trim levels; LX, Sport, EX and Touring with the former trio featuring as standard a seven-inch TFT instrument cluster and touchscreen infotainment system with Apple CarPlay and Android Auto, while the latter boasts a larger 10.2-inch display and a nine-inch infotainment system, as well as a wireless smartphone charger and twelve-speaker Bose sound system. 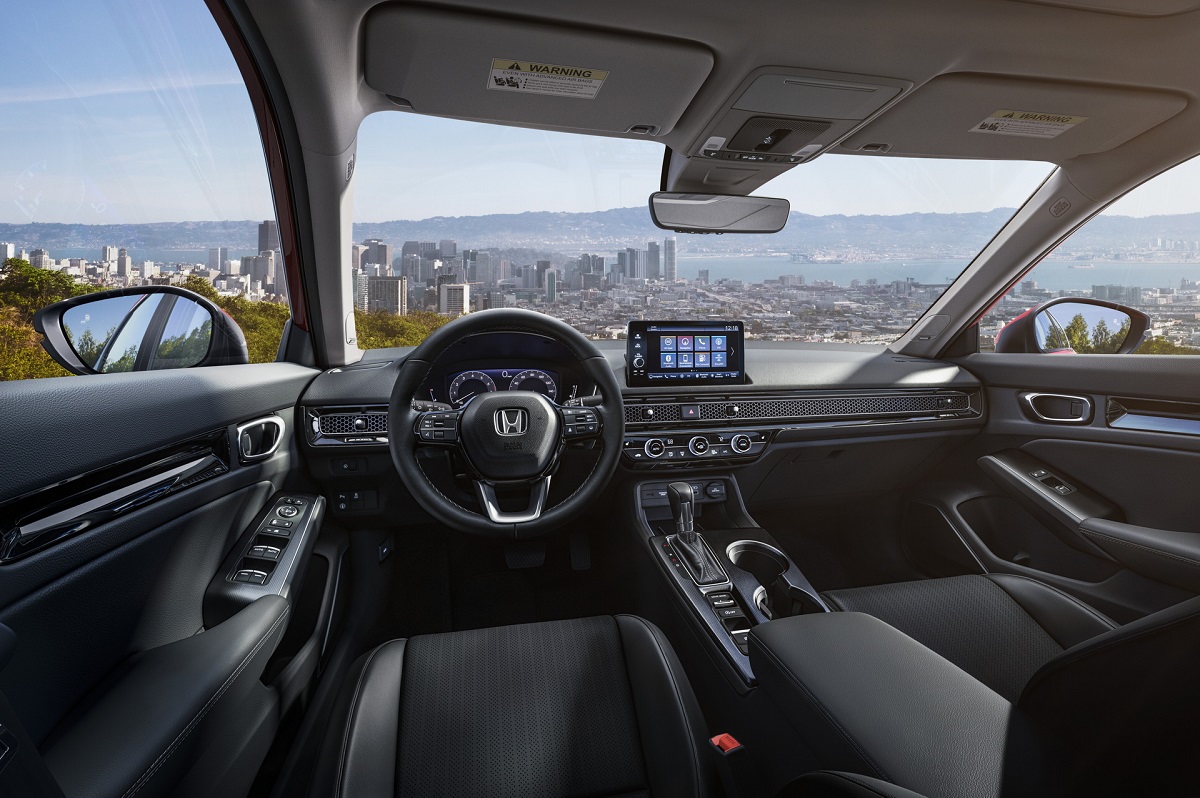 Interior is all-new with better materials and a freestanding infotainment system.

In addition to Honda’s Sensing range of safety systems, upgraded to include Traffic Jam Assist, Adaptive Cruise Control, Lane Keeping Assist and a new camera for the Autonomous Emergency Braking system, the Civic receives a world first redesigned airbag system that supports the motion of the head in an accident to avoid lasting brain injuries.

Up front, the line-up of engines are carried over with a choice of two petrol units; a normally aspirated 2.0-litre in the LX and Sport that punches out 118kW/187Nm and the turbocharged 1.5-litre in the EX and Touring which has been revised to produce 132 kW from the previous 127 kW. Torque is unchanged at 240 Nm with both engines being paired to a recalibrated CVT with no manual option available. In addition, a new Sport mode has been added to the mode selector, bringing the settings to three with Eco and Normal being the others.

Going on sale across the United States later this year, the Civic Sedan will be built at the Alliston Plant in, Ontario, Canada, while production of the hatch, for the first time, will commence at the Greensburg Facility in Indiana as the UK Plant in Swindon will close its doors for good in July.

For now, South African market availability and sourcing is unknown with an announcement likely to take place later in the year.