Inclusion of the Cross will take the Corolla line-up to four. 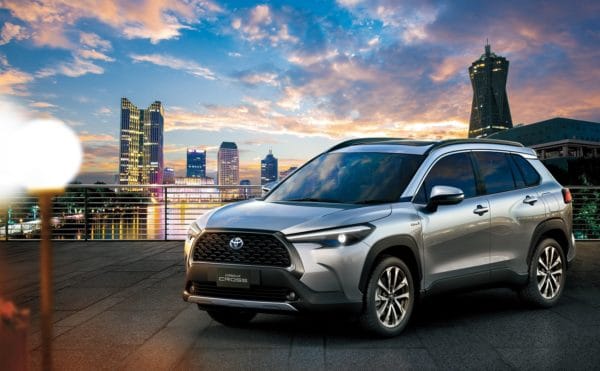 Local production of the Toyota Corolla Cross will kick-off in October with sales commencing in November.

Having made the announcement in January this year, Toyota has now confirmed that sales of the Corolla Cross will officially kick-off in November.

The first time the Corolla moniker has starred on a crossover/SUV since its founding in 1966, the Cross, which debuted internationally last year, will be built on local shores at Toyota’s Prospecton Plant in Durban from October riding on the same TNGA-C platform as the standard Corolla Sedan and Hatch, as well as the Prius.

The fifth Toyota model after the Hilux, Fortuner, HiAce and Corolla Quest to be assembled locally, the Cross is expected to occupy the position between the C-HR and RAV4 with power set to come from a 98kW/142Nm 1.8-litre hybrid powerunit mated to a CVT. Like with the C-HR, the Corolla Cross will only be offered with front-wheel-drive.

For now, little is known about specification or price with Toyota stating that the inclusion of the Cross to the Corolla line-up “enables customers to select the model that better suits their diverse lifestyles and life stages”.