As with the previous model, the Hilux GR Sport won't take the fight directly to the Ford Ranger Raptor. 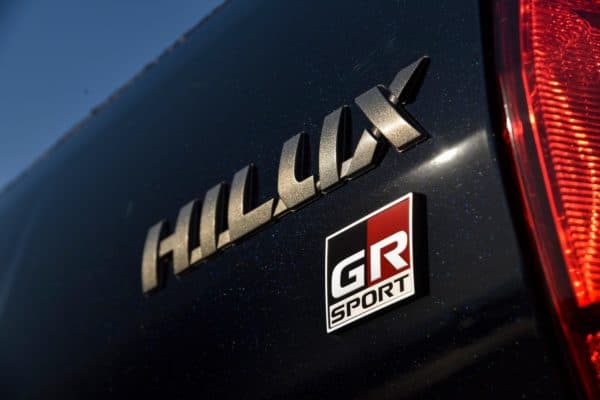 As before, the Hilux GR Sport will benefit from a series of subtle interior and exterior tweaks, as well as a revised suspension.

Despite being rumoured for unveiling in October on two separate occasions this year, Toyota Thailand has confirmed that the Hilux GR Sport will be making its return this coming Wednesday (25 August).

In a teaser image obtained by Thailand’s headlightmag.com, a market where the Hilux carries the Revo suffix, the GR Sport – which returns after two years – is depicted with a GR branded grille featuring block letter TOYOTA badging and LED headlights as well as the mentioned reveal date.

Headlining a series of updates the Thai-spec Hilux will get, the GR Sport, like its predecessor, is expected to receive model specific Gazoo Racing bumpers and side skirts, wheel arch cladding, a GR bonnet, black 18-inch alloy wheels and black mirror caps.

Slotting in above the Hilux Revo Rocco which serves as the Thai equivalent of the South African market Legend, the GR Sport’s unique interior traits are likely to consist of GR branded sport seats, a GR starter button and steering wheel, gear shift paddles and red stitching on the seats, dashboard, doors, gear lever and handbrake.

Also likely to star is a revised suspension aimed at providing an ideal balance between on-road and off-road prowess rather than focusing outright on the latter as many thought the original would have been.

Up front, the GR Sport will retain the upgraded 150kW/500Nm 2.8 GD-6 turbodiesel engine and six-speed automatic gearbox, though some markets, mainly in South America, will eschew the oil-burner for the venerable 175kW/376Nm normally aspirated 4.0-litre V6 petrol paired to the same ratio ‘box.

Once revealed, expect the GR Sport to return to South Africa before the end of the year with production, as before, projected to be limited to under 1 000 units.