The South American Polo-esque looks could make way for the same styling as the refreshed South African model, but expect details to only emerge next year. 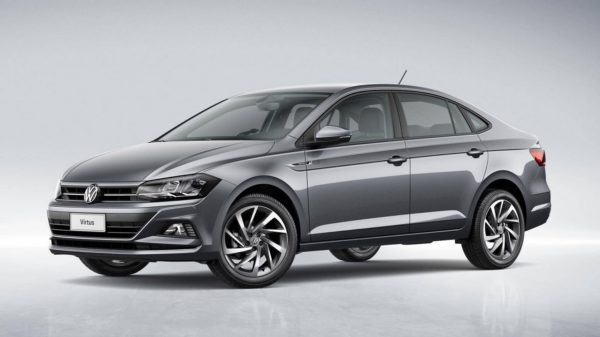 The Virtus has been on sale in South America since 2017.

With sales of the updated Polo and Polo GTI set to commence next year, Volkswagen South Africa has also confirmed the addition of a new Polo Sedan to the line-up in 2022.

Despite the ongoing global slowdown in the sales of sedans, the local arm of the Wolfsburg giant, at its 70th anniversary celebrations in Uitenhage this past weekend, reaffirmed its commitment to the segment by announcing it is no plans to exit the compact three-box bodystyle end of the market where it currently holds a 60% stake in.

While little about the new model is known at present, speculation is it could be based on the South American market Virtus that will replace the Vento in India next year.

Revealed in key Latin American markets four years ago, the Virtus rides on the same MQB A0 platform as the Polo and T-Cross and will be assembled in India at the expense of the Vento, which is imported to South Africa and rebadged as the Polo Sedan.

Compared to the Polo Sedan, the Virtus is 92 mm longer overall, five millimeters taller, 98 mm longer in the wheelbase department and 52 mm wider with its boot also being roomier at 520-litres versus 454-litres with the rear seats up.

According to a confirmation report by Autocar India last month, the Virtus, which is currently undergoing testing in India, will arrive on dealership floors in April next year with production, according to Volkswagen India passenger cars Brand Director, Ashish Gupta, anticipated to kick-off in February or March.

For South Africa, though, expect styling to be potentially influenced by the facelift Polo, though engine options are still to be revealed.

At present, the Polo Sedan derives motivation from the older 1.4- and 1.6-litre normally aspirated petrol engines as a means of keeping costs down, with transmissions consisting of a five-speed manual or a six-speed Tiptronic.

The Virtus, in South America, employs a similar choice with the Indian model, according to the Autocar report, likely to offer a six-speed manual and possibly also a seven-speed DSG as the self-shifting option.

While details regarding the Polo Sedan are only due next year, expect those of the Virtus to be revealed soon, thus providing a preview of what to expect comes 2022.