Is that right? Ford hints at sub-Maverick, South Africa named

Long awaited Bantam replacement seemingly back on, but for now, little else is known. 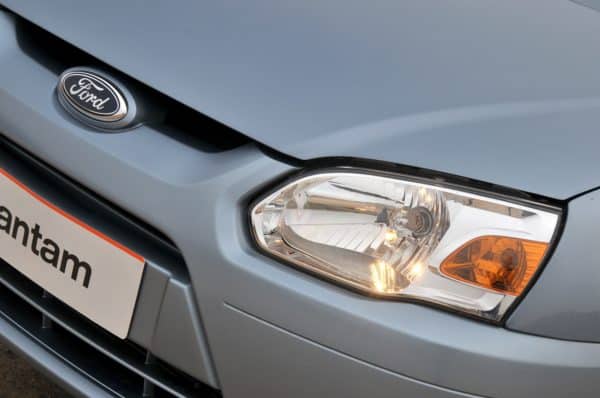 It now appears that a smaller "sub-Maverick" could be introduced as successor to the Ford Bantam.

Despite introducing the Maverick earlier this year as its smallest bakkie offering in the United States, Ford has hinted at an even smaller model that could potentially serve as the ultimate successor to the Bantam.

Though it was thought that the Maverick would fill the position left vacant by the Bantam, known as the Courier in South America, it now appears likely that the Blue Oval could introduce a model below it that would take aim at the Fiat Strada/Ram 700, the replacement for the Volkswagen Saveiro and also the alleged successor for the dated Nissan NP200 spun-off of the first generation Dacia/Renault Logan.

This is according to the brand’s Chief Product Platform and Operations Officer Hau Thai-Tang, who told US publication Muscle Cars and Trucks over the weekend that a sub-Maverick could become a reality in spite of mentioning nothing else.

“Maybe. There’s certainly in other markets like South America and South Africa,” he said when asked directly by the publication whether a baby Maverick would happen or be considered.

A sales hit in the States with reported orders of 100 000 before production even began, the Maverick officially replaced the Focus and indirectly also the Fiesta in a move that formed part of the Blue Oval’s decision to cut back on sedans and hatchbacks in order to focus on more profitable bakkies and SUVs.

At present, only the Mustang remains as Ford’s sole non-bakkie or SUV in the States with the Fusion (Mondeo) set to return next year as a reimagined crossover-styled estate along the lines of the Subaru Outback.

As is known by now, the Maverick, together with the Bronco and Bronco Sport, have all been ruled-out for South Africa as neither will be offered with right-hand-drive.

However, while nothing about the supposed “new Bantam” is known at present, expect momentum to potentially gather over the next few months.