Sales will commence from January next year, with pricing to be announced later. 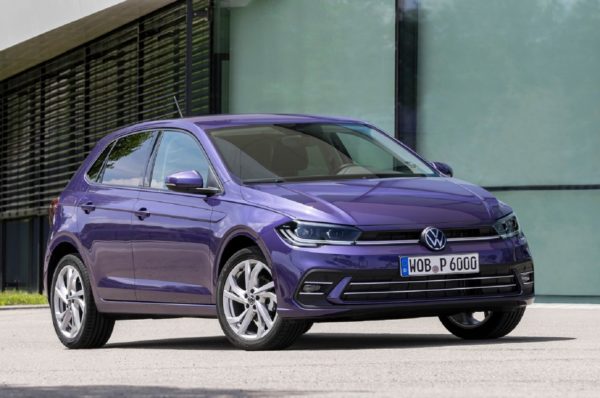 With production soon to start ahead of sales commencing in January, Volkswagen has divulged a handful of details regarding the updated Polo and Polo GTI.

The current sixth generation model’s first major revision since debuting four years ago, the Polo will once again be built at Volkswagen’s Uitenhage Plant for both South Africa and export markets such as the United Kingdom.

Externally, the Polo, of which 78 848 units have been sold locally since 2018 with 2021 so far accounting for 16 454 sales, receives a new front bumper, a grille derived from the Golf and restyled standard LED or optional IQ Light Matrix LED headlights.

A new LED bar running underneath the grille combining with the lights rounds the front of, with changes at the rear comprising a new bumper, bootlid spoiler and Golf-esque light clusters that cuts into the boot.

Inside, the interior benefits from a new steering wheel and (where fitted) climate control panel, as well as three infotainment systems; the standard 6.5-inch Composition Colour with App-Connect, the new eight-inch Composition Media and the similarly Discover Media with embedded satellite navigation, voice control and wireless App-Connect.

On the model front, Volkswagen has dropped the long standing Trendline and Comfortline trim grade denominators with the former now sporting no designation at all, and the latter adopting the Life nomenclature.

Aside from the GTI, the R-Line becomes a model of its own as it also replaces the Highline as the new flagship non-sporting model.

In terms of specification, the newly “unbadged” base model comes as standard with:

In addition, the Life can also be specified with no less than three driver assistance packages; the Comfort that consists of keyless entry, a reverse camera and Park Assist, and the NCAP made up of electrically folding and heated mirrors, Front Assist, Lane Assist and a multi-function camera.

At the top of the standard Polo range, the R-Line, as evident by its name, boasts the ever popular R-Line styling pack made up of sportier bumpers and door sills, gloss black grille slats, a faux chrome diffuser and 16-inch Valencia alloy wheels.

Adding to the options already mentioned on the Life, the R-Line also features 17-inch Bergamo alloys and an upgraded Beats sound system. The GTI, meanwhile, is mounted on 17-inch Milton Keynes alloys with the option being 18-inch Faro wheels.

It, however, comes with the same selection of standard and optional features as the R-Line with it also being the only model to feature the sport suspension and drive mode selector with four settings; Eco, Normal, Sport and Individual as standard.

Up front, the Polo will be an all-TSI affair with the base, Life and R-Line making use of the tried-and-tested 1.0-litre three-cylinder, albeit in two states of tune; 70kW/175Nm in the former pair and 85kW/200Nm in the latter pair.

A five-speed manual gearbox is the sole option when opting for the 70 kW with the 85 kW variant getting a seven-speed DSG as standard.

In a reversal of the European market model though, the 2.0 TSI in the GTI does without the power uptake to 152 kW. Instead, it continues unchanged with the same 147 kW output with torque as is at 320 Nm.

The seven-speed DSG continues with Volkswagen claiming a 0-100 km/h sprint of 6.7 seconds, 0.2 seconds slower than the model sold on the Old Continent.

Pricing will be announced at a later stage, but expect a potential starting sticker of around R310 000 when compared to the R298 800 of the soon-to-be outgoing 1.0 TSI Trendline.