Change of heart? Audi R8 successor will be solely electric

Reports until now alleging a possible V8 or V10 hybrid setup have seemingly been thrown out. 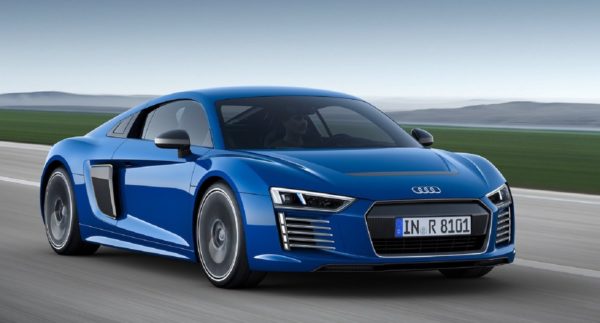 The speculation surrounding Audi’s replacement for the R8 has taken another twist with the apparent confirmation of it being an all-electric model rather than featuring a hybrid setup.

Reportedly on course to arrive in 2023, the most latest recent rumour two months ago suggested Ingolstadt would swap the long-serving 5.2-litre normally aspirated V10 engine for the proven 4.0-litre bi-turbo V8 assisted by an electric motor.

This would’ve confirmed a powerunit reported as far back as 2017 for a performance version of the RS7 with up to 700 pferdestarke (PS) or 515 kW.

According to cnet.com’s Roadshow tough, the mentioned successor will no longer have a hybrid configuration as it will derive motivation solely from an electric motor.

In making the announcement, Audi Sport’s Head of Product Marketing, Linda Kurz, added that 80% of all the four rings’ performance models will have electrification by 2026, the same year it starts rolling out only new electric vehicles.

It therefore means that the current second-generation R8 will be eight years old when it eventually bows out, together with the mentioned V10 that has received continual power revisions since its debut with the original back in 2006.

Effectively the model that provided the base for Audi’s first e-tron model, a concept unveiled in 2009, the R8 eventually spawned an all-electric model in 2015, though only 100 units were made before the suspension of production as focus shifted towards the conventional V10 model.

In spite of the apparent confirmation, don’t be surprised if more conflicting reports emerge throughout 2022.