Third-generation model set to incorporate not only styling and technology from its sibling, but also the same line-up of engines. 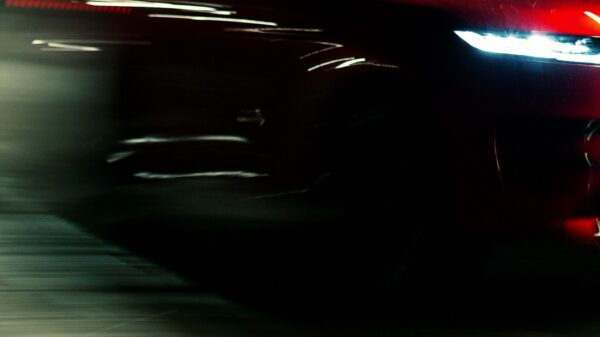 The first official teaser provides a glimpse of only the headlight.

With the launch of the all-new, full-size Range Rover last year, Land Rover has officially announced that the unveiling of the eagerly awaited third generation Range Rover Sport will take place on 10 May.

A model that has been doing the rounds on various online platforms undergoing testing for over two years, the Sport is set to ride on the same MLA Flex platform as its sibling, albeit with revised measurements not exceeding its 5 052 mm overall length.

As before, the Sport will provide seating for five and feature not only exterior styling derived from the full-size Range Rover, but, as evident from the provided teaser image, the same interior complete with the new 13.7-inch digital instrument system and the freestanding Pivi Pro infotainment system of similar size.

Once again touted as the “most dynamic member of the Range Rover family”, the Sport, which will retain its position above the Velar, is however tipped to benefit from a raft of changes underneath its skin in order to conform to its moniker.

Like the “normal” Range Rover, the Sport will be made mostly out of aluminium in order to reduce weight, though an exact figure is unknown.

With its platform supporting electrification, the Sport’s engine options are set to be carried over from its sibling, meaning a single Ingenium straight-six petrol engine without hybrid assistance and two Ingenium inline-six oil-burners with the 48-volt mild-hybrid system.

Set to complete the range are two plug-in hybrids and the SVR, which will say goodbye to the long-serving Ford-based, Jaguar made 5.0-litre AJ supercharged V8 and welcome the 4.4-litre bi-turbo V8 made by BMW.

Outputting 390kW/750Nm in the standard Range Rover P530, the electrically assisted V8 will reportedly produce 441 kW, 18 kW more than the outgoing model, with torque anticipated to breach the 800 Nm mark.

At the same time as its reveal, order books will also open with availability and price set to take place in the second or third quarters of this year.

With current model pricing from R1 471 017, speculation is that the newcomer could carry a starting sticker of between R1.6-million to R2-million.