Hyundai's i20 competes in the most competitive segment of the automotive market, where it has carved itself a significant niche. 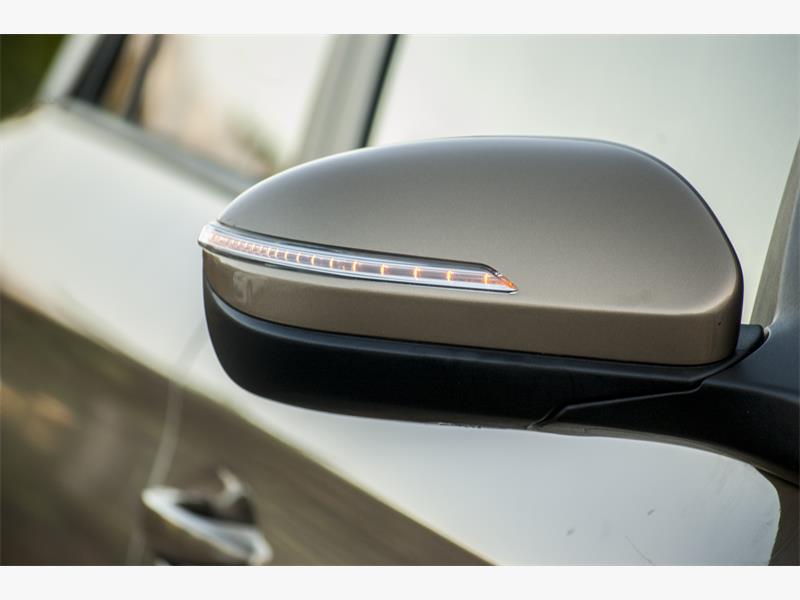 It seems as if everyone wants a small family car and the choice in the price range is substantial and even being on the radar when a buyer decides to splash out is not that easy.

Manufacturers cannot rely on brand loyalty in this segment, as the top offerings, of which the i20 is one, all have similar qualities and features. What is more, sometimes it’s the first time the buyer has really been in a position to choose a brand, as it is their first new car.

Keeping near the front of the pack is vital.

The new model makes its entry to SA in three derivatives: The i20 1.2 Motion (manual); the i20 1.4 Fluid (manual); and the i20 Fluid equipped with an automatic four-speed gearbox.

Two Kappa petrol engines power the range. A 1 197cc four-cylinder in the Motion and a 1 368cc four-cylinder engine in the Fluid derivatives. Both have four valves per cylinder and Dual Continuous Variable Valve Timing. Both engines use returnless multipoint electronic fuel injection.

The Kappa 1.4 litre engine in the new i20 1.4 Fluid manual and 1.4 Fluid automatic deliver maximum power of 74KW at 6 000rpm with the torque output reaching its limit at 133Nm. It was the Fluid manual we drove at the launch and it proved to be quite adequately powered, even at Gauteng altitudes. The new i20 1.2 Motion manual, equipped with the 1.2 litre engine, has maximum power of 61KW and 115Nm.

The six-speed was ideal for keeping the Fluid on the go on hills and the shifts were smooth and positive.

The new i20 has been fitted on a new platform creating more space for occupants. It is a true five-seater hatchback with a very useful boot capacity of 294 litres that makes it a really versatile vehicle.

“The new i20 not only looks fresh from the outside, but the interior reflects a feeling of luxury and excellent ergonomic design,” says Stanley Anderson, marketing director of Hyundai Automotive SA. “Customers are also in for a pleasant surprise when they take this new model for a test drive.

“The engineers have done a fine job of creating a car with solid, sure-footed dynamics on the road and a well-tuned, direct steering set-up that gives good feedback.”

With a larger platform than its predecessor, the wheelbase of the new i20 is 45mm longer (now 2 570mm) than the outgoing model, meaning the wheels are closer to each corner. Compared with its predecessor, the new i20 is also wider. The width has increased by 24mm (overall 1 734mm) making it one of the widest cars in its class. The dimensions make for improved ride and handling

At the rear, the new i20 features a large tailgate for ease of loading into its generous boot space of 294 litres, with a convenient wide boot opening. The reverse lamp has been integrated into the rear bumper – a first for Hyundai. This was done purely for design factors, allowing greater styling flexibility within the rear LED lamp cluster. All of the key surfaces of the new i20s are colour-coded.

1 084mm legroom (10mm more). In the rear of the cabin, headroom of 968mm, legroom of 813mm and shoulder room of 1 350mm allow three adults to be seated in comfort. Additional legroom was created in the front by raising the height of the dashboard and moving the glovebox and surrounding components forward – made possible due to the longer hood.

Thanks to clever packaging, the rear bench can fold fully flat, meaning trunk capacity is boosted to 1 010 litres with the rear seats folded – ideal for young families and those carrying larger items.

Materials used inside the i20 have a more premier feel and it is obvious the Hyundai no longer stands back when confronting Japanese and German rivals in this class.

New features include automatic folding door mirrors and smartphone docking integration. USB and auxiliary connectivity is fitted as standard with an audio system, along with a Bluetooth hands-free phone function and the ability to stream music over the sound system with Bluetooth from a cellphone or music player.

The new i20 sits on fully independent MacPherson strut suspension at the front and semi-independent coupled torsion beam axle at the rear. Hyundai’s engineers have upgraded the two systems to exploit the new car’s larger footprint – its significantly stronger structure and altered weight distribution.

The latest generation of Hyundai cars have been engineered from the earliest stages with occupant and pedestrian safety as a key priority. Hyundai engineers have rigorously tested and developed the passive and active safety systems.

At the core of the new i20, safeguarding above-average impact resistance, is the stronger chassis and body shell, which benefits from the extensive use of advanced high-strength steel (42% of total composition compared with 16% for the original i20).

Every new i20 model is fitted, as standard, with a four-wheel electronic four-channel Anti-lock Brake System (ABS), as well as Electronic Brake Force Distribution (EBD). Ventilated disc brakes are used on the front wheels, while the rear wheels are equipped with solid discs for the brakes.

The application of brake tie rods within the brake booster provides a number of benefits to customers: improved braking strength, better braking stability, increased brake pedal feel and a reduction in ambient vibration.

The new i20 features effective passive safety equipment to protect occupants, including a driver and front passenger airbag, with front and rear seatbelt pre-tensioners and a lap belt for the middle passenger in the rear.