As was the case last year, the South African equipe will consist of four Toyota Hilux vehicles, all manned by experienced desert racing crews.

The biggest news is probably the launch of Toyota’s all new GR DKR Hilux T1+ bakkie, that will race officially for the first time in the Dakar Rally,

The new vehicle is powered by a twin-turbo 3.5-litre V6 petrol engine sourced from the new Toyota Land Cruiser 300. Regulated by the FIA, the powerplant produces 298 kW of power and approximately 660 Nm of torque, while the regulations also insist the race car must weigh 2 000 kg.

“Thanks to the supremely capable production version of the Land Cruiser 300 V6 twin turbo engine we use, the team is able to work with the engine in stock form. It has proven reliable from the get-go, and working with it in standard form means that we don’t have to stress the unit to extract maximum performance.”

Under the skin, the Hilux has retained the same mid-engine layout that has been in use since Dakar 2016, as well as the core cockpit layout.

The car also features a suspension system that has seen an increase in travel from 280 mm to 350 mm, which allows the driver to make the most of the new tyres that have been increased from 32 inches to 37 inches. The tyre width has also increased from 245 mm to 320 mm, wrapped around aluminium wheels.

The car now carries only two spare tyres rather than the three that had been in use in the past, due to a change in the regulations for the T1+ category.

Leading the team on Dakar 2022 will be Qatar’s Nasser Al-Attiyah and French co-driver Mathieu Baumel, who won the 2019 event. From the South African side, 2009 Dakar Rally winner Giniel de Villiers will be partnered with with co-driver Dennis Murphy.

Outgoing South African Cross Country Series champions, Henk Lategan and Brett Cummings, will return to the Dakar Rally after crashing out during stage five of last year’s event. The final car in the line-up will be driven by Shameer Variawa and co-driver Danie Stassen.

The new car has been thoroughly tested by de Villiers and Murphy this season, when they ran it in rounds of the South African Cross Country championship, albeit without being allowed to score points.

The team will also conduct a final test in South Africa before preparing the cars for shipping to Saudi Arabia early in December. The final route for the Dakar 2022 is yet to be announced, but it is expected that the terrain will be similar to that encountered in 2020 and 2021 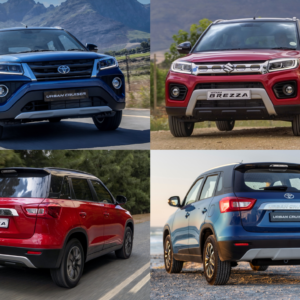