Reigning South African champions Evan Hutchison and Danie Stassen took a huge step towards winning back to back Special Vehicle category titles when they won the Ford Dealer 400 penultimate round of the Donaldson Cross Country Championship, which ended in Thaba 'Nchu on Saturday. 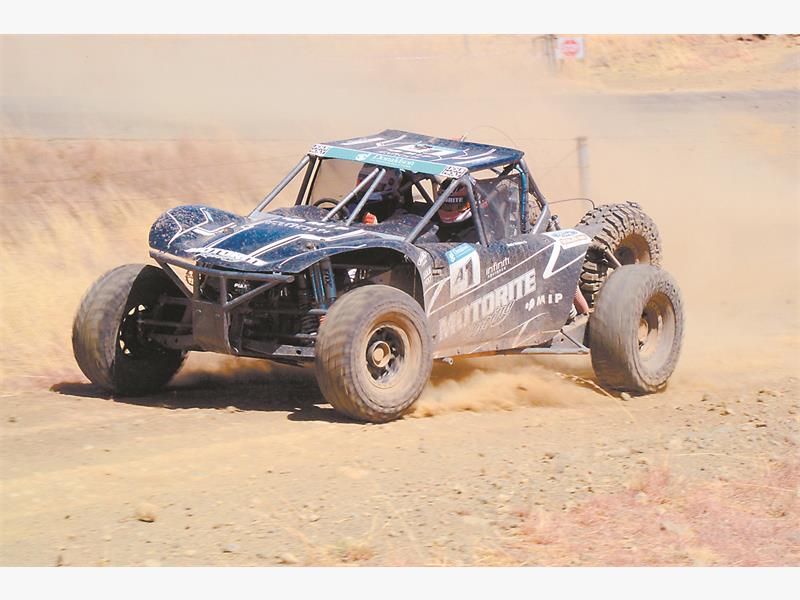 NEW LEADERS. Evan Hutchison and Danie Stassen went back to the top of the Special Vehicle leaderboard. Picture: Motorpics.

Hutchison and Stassen (Motorite BAT Viper) leapfrogged all their closest rivals to open up a precious 12.5 point lead at the top of the championship.

There was more drama, this time in the boardroom, when Democratic Republic of the Congo brothers Eduardo and Roberto Argazzi (Zarco) were bumped off the podium after being penalised 10 minutes for not stopping at a road crossing.

That dropped the Congo pair down to sixth place and robbed them of their best finish ever in the championship.

With a host of more fancied championship challengers falling by the wayside it also elevated Neil Meyer and Phillip Smith (Maxxis/LiquiMoly/Rockstar Zarco Challenger) into second place for their best ever finish.

The Argazzi relegation also moved Philip de Vries and Johan Viljoen (Conqueror Porter) into a maiden podium finish and saw them join what is going to be a tense championship finish at the final event of the year.

Three crews who started the day level or ahead of Hutchison/Stassen in the championship fell by the wayside.

For Matthews 11th overall and third in class was an important result, and kept alive a mathematical chance in the overall driver’s championship and helped him close the gap on John Thomson in the Class P stakes.

Leaders Thomson and Maurice Zermatten (Zarco) were among the retirements and will approach the final event with a degree of nervous tension.

KwaZulu-Natal crew James Watson and John Thompson (BAT), who earned a free entry into this event, took full advantage of their good fortune. They won Class B ahead of fellow KZN crew Grant Watkins and Jeffrey Guscott in a Zarco.