K9 Castro was used to track down the suspect in a sugarcane field. 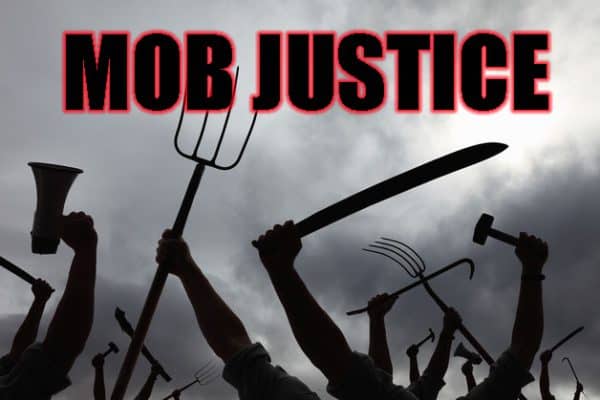 An incident in which an alleged rapist was brutally assaulted on a farm in Felixton in KwaZulu-Natal has been condemned by Empangeni police, Zululand Observer reports.

Empangeni police spokesperson Captain Mbongeni Mdalose warned people not to take the law into their own hands.

“Communities cannot go around and think they are the law.

“If the man was suspected of having raped someone, we as the police will deal with him. It is our job,” he said.

An Empangeni Farm Watch (Security 4-U) official initially dealt with the incident after receiving a call informing him that in the Felixton area, an alleged rapist suspect was being chased, and he disappeared into the sugarcane armed with a panga.

Larry Erasmus of Empangeni Farm Watch said that a Security 4-U official as well as K9 Castro of their dog unit were dispatched to the scene.

“On arrival, people had surrounded the cane field and requested our assistance to track down the man; alternatively, they were going to set the field alight to force the suspect out. K9 Castro was deployed, and he took the scent within minutes, located the suspect and brought him out.”

“Before we could arrest the suspect or load him in our vehicle, approximately 100 people descended on the suspect, took him from us and began to beat him.”

According to one of the members who preferred to remain anonymous, police were on scene, but did nothing to assist.

Captain Mdalose noted that if this was in fact the case, someone should have addressed the issue with the police and not resort to mob justice.

“I am unaware of the incident, but I will look into the matter and determine which officers attended to this case.”

A month ago on a meeting held between farmworkers and Empangeni Farm Watch officials, workers said they were growing tired of police not attending to or helping them with certain issues they were faced with in doing their jobs.

Police members were invited to the meeting but did not attend. Meanwhile K9 Castro, the hero of the day, was allowed to travel on the passenger seat for first time in his life. “It was more for his safety than anything else.

“Our vehicle was damaged by flying bricks so we had to take precautionary measures to ensure he was safe.

“He did enjoy the air conditioner though,” laughed Erasmus. The suspect was handed over to Empangeni police after being treated at Ngwelezana Hospital.