The former president had strong words for the 'flippant attitudes of leaders'. 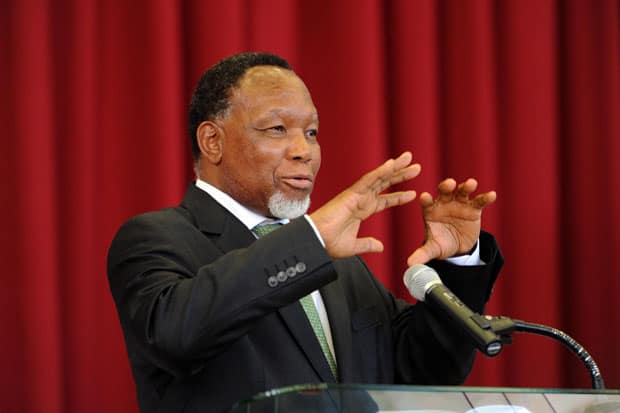 While analysts have reportedly said new leadership may provide an opportunity for renewal for the ANC, in an extensive interview with the Sunday Times, former president Kgalema Motlanthe said he was under the impression the party may have to “hit rock bottom” before it mends its problems.

Motlanthe explained that the benefactors would only desert the party when it “hit the floor” and only then could “rescue effort work” begin. He said he believed the main problem with the ANC was that leaders had substituted the members of the ANC, meaning ANC members did not have the opportunity to enter into debate about the political life of the party, as the meetings for general members were not convened.

He was quoted as saying that this concentrated “like-minded people” who would share views even before matters were discussed.

#Motlanthe:The grass has to burn to ashes before it grows green again.It's true baba.

Motlanthe further expressed his uneasiness over the ANC’s “radical economic transformation”, as there was no clear explanation for what it meant and what the motives behind it were.

READ MORE: Cyril must do more if he wants to win ANC election, say analysts

#Motlanthe Can u please advice @Cyril what happened to u in Mangaung#2012 when u wyt 4 ANC processes to unfold,u snooze u looose to Zuma's

Motlanthe also pointed to Zuma’s controversial Cabinet reshuffle, saying “the country faced a bleak future” after ratings agencies downgraded the country to junk status, but he warned that the “flippant attitudes” of some Cabinet members on such issues would make the task of “pulling the country out of the crisis” even more challenging.

Cyril must do more if he wants to win ANC election, say analysts